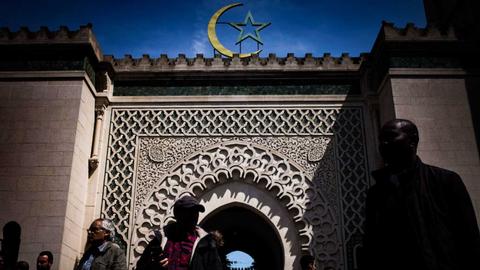 A new anti-Islamophobia platform seeks to regain the initiative

Launching a platform dedicated to the issue of the fight against endemic Islamophobia in France is not without meeting challenges. For one thing, the country’s political establishment won’t even recognize the term.

That, however, hasn’t stopped Rafik Chekkat, a former lawyer turned writer, activist and broadcaster, from creating an organization called “Islamophobia” aiming to be an umbrella resource platform.

“Our objectives are multiple,” says Chekkat, speaking to World TRT.

“We want to provide those who fight against Islamophobia with the most comprehensive and useful tools possible. To do this, we must understand Islamophobia in all its dimensions: political, religious, social, economic, psychological – and deploy our speech across all mediums, including podcasts, videos and magazines, to reach the widest possible audience,” Chekkat added.

The ambitious goals reflect the scale of the challenge facing Muslims in the country.

More recently, the French Senate voted to ban visible religious symbols in sport, a move primarily aimed at the country’s Muslim women – some of whom can play sports with a headscarf.

This spurred a petition by French activists to stop the controversial law. As it stands, most of the country’s national sports federations, including the French Football Federation, prohibit the wearing of the veil, citing arguments such as supposed neutrality in sport or even citing principles of health and safety. .

In this context, the challenges for the Muslim community are “tremendous”, says Chekkat.

“Muslims are hampered in their religious, social, economic and political life,” laments Chekkat adding, “mosques, humanitarian or rights associations, schools, publishers, sports clubs or even simple snacks do the trick. subject to dissolution or closure procedures every week.”

In recent years, French President Emmanuel Macron has gradually reinforced his government’s anti-Muslim policies, including closing Muslim schools, mosques, Islamic charities, Islamophobia watchdog organizations, publishing houses and even pressure on mosques to sign a charter that forbids talking about the discrimination and racism the community faces.

“The motivations for such a crackdown are clear,” Chekkat says, and the ultimate goal is “to sanction any Muslim speech that directly criticizes the ongoing attempt to neutralize public space.”

“Any question relating to Islam in France is thus the subject of immediate politicization… under the cover of the fight against political Islam.

In December last year, the French government announced that it would seek to dissolve the French Council for Muslim Worship (CFCM) created almost 20 years ago.

The new body that the government aims to replace the CFCM will be called the “forum de l’islam en France”, which held its first session earlier this month.

Macron’s right-wing interior minister, Gérald Darmanin, wants the new body not to be influenced by foreign governments and to demonstrate an active commitment to the state ideology of secularism.

The upcoming presidential elections to be held in April also threaten to be a deadly test for the country’s Muslim population.

“The presidential election is an opportunity for a flight forward in racist and security escalation”, by the country’s politicians who seek to show that they are tough on Islam and Muslims, says Chekkat.

“There are two civilizations, and they cannot coexist peacefully. There must be one civilization that prevails over all, and it is ours that must prevail,” Zemmour said.

“Such remarks seem almost innocuous because we are saturated with irresponsible speech. So it doesn’t bode well,” says Chekkat, whose new organization seeks to combat such toxic speech.

“Regaining the initiative in an oppressive political climate is the only way out,” adds Chekkat.

2022-02-07
Previous Post: eClinical Solutions to Show How Modern Data Infrastructure and Analytics Platform Streamlines Drug Development Operations at SCOPE, OCT West and ACDM
Next Post: At the heart of the fight for banks to benefit their communities