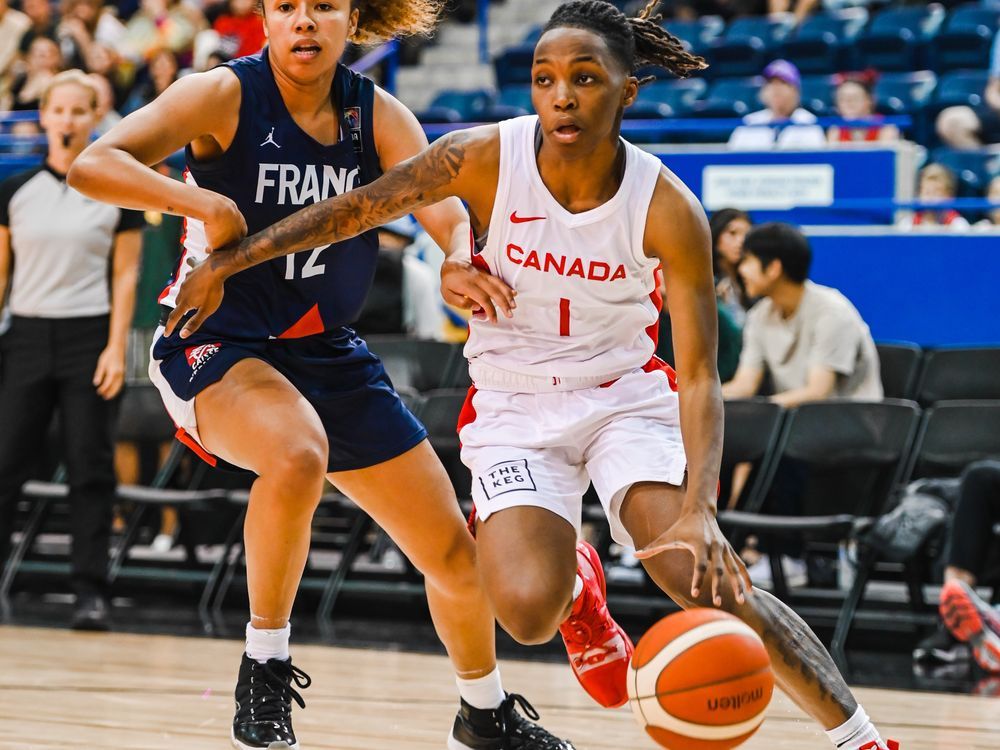 Aaliyah Edwards has 20 points, 10 boards in Canada’s win over France

TORONTO — Aaliyah Edwards had 20 points and 10 rebounds to lift Canada to a 73-56 win over France on Wednesday night in the inaugural Under-23 Globl Jam tournament.

“We were all very confident,” Edwards said. “We were 2-0 (entering the game) and we were just gaining momentum.

“We started this game well, which really showed how prepared we were.”

Canada has already beaten Belgium and the United States. The Canadians will face the Americans in the semifinals on Saturday.

“We’re going to go home, watch a movie, because (Friday) is a recovery day,” Edwards said. “I think we’ll just lock ourselves in (Friday) and prepare for Saturday.”

After starting with two straight wins, the Canadian men suffered their first loss of the tournament, a 79-72 decision against Italy on Thursday night at the Mattamy Athletic Centre. Stefan Smith led the way for Canada with 17 points while Marcus Carr added 13 points.

All eight teams will play in the semifinals on Saturday, although the identities of the Canadian men were not immediately known.

The gold medal games are Sunday.

This report from The Canadian Press was first published on July 7, 2022.

2022-07-08
Previous Post: The future of PSB and terrestrial television the hot topics of the Westminster Media Forum
Next Post: Scrut Automation launches “Trust Vault”, an integrated offer on its GRC platform | Company