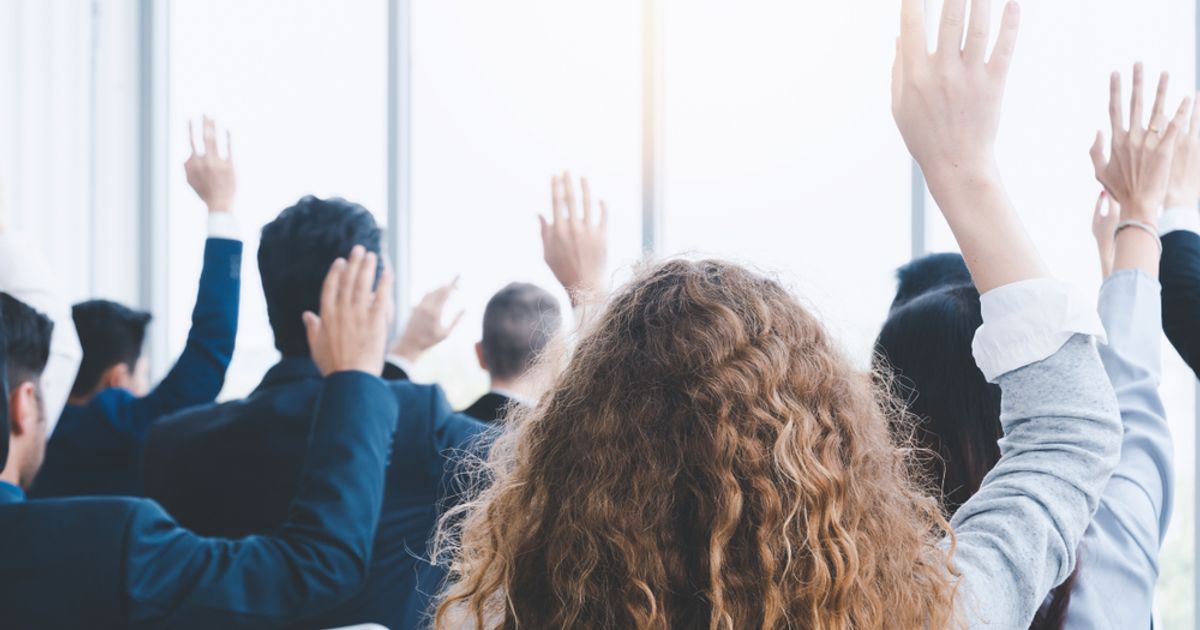 Abortion, compensation and obesity among topics shareholders ‘want to vote on’

Topics such as abortion and obesity are increasingly on the agenda of public companies, amid a recent surge in shareholder activism.

About 6% of annual general meetings were protested last year, according to Lumi, which helps companies organize shareholder meetings.

Some five of the 86 annual meetings the company has worked on have been crashed by activists, director of shareholder engagement Kerry Leighton-Bailey told Proactive.

She explained that the “rise of shareholder resolutions” is significant, driven by campaign organizations such as ShareAction and Tulipshare leveraging “collective power” to bring about change.

The typical retail investor now puts their money into businesses “that they are passionate about,” she said.

In the current climate, many companies have filed their position on Roe v. Wade, for example, a landmark US abortion rights case that was overturned by the Supreme Court last month.

“These are things that shareholders want to vote on,” said Leighton-Bailey, who added, “Compensation is definitely one. ESG definitely is. is not only [from] employees. They are normal shareholders.

Following pressure from ShareAction’s campaign to tackle childhood obesity, the resolution would have required Tesco to disclose its share of annual sales of healthier products and outline a plan to increase that amount by 2030 as well as publishing an annual progress report.

A report by Income Research + Management observed in a shareholder engagement report in March that: “Shifting demographics, social protests and updated attitudes toward social equity have fueled renewed interest in the diversity, equity and inclusion.”

Pay has also moved to the top of many shareholders’ priorities, a trend which Leighton-Bailey says was not seen until April, when UK inflation peaked at 9%.

Both supermarkets have come under intense scrutiny over the salaries of their chief executives, although a resolution on whether Sainbury’s should become a certified living wage employer was defeated.

While shareholder meetings were once the preserve of stuffy boardrooms and shareholders had to travel to a physical location to vote, since the pandemic the majority of annual meetings are now being held virtually.

Nearly two-thirds (65%) of general meetings in the first half of 2022 were virtual while online participation was not previously allowed before the pandemic, according to data from Lumi.

More than a fifth of meetings (22%) took place through a combination of online and in-person participation, and only 13% were in-person meetings.

The ease of access to shareholder meetings means there has been an increase in the number of shareholders attending each year, Leighton-Bailey said.

The supermarket decided to permanently adopt virtual shareholder meetings because of these higher levels of participation.

The increase in virtual meetings has also made it easier for engaged young shareholders to submit questions via text, Leighton-Bailey said, making discussion topics less about financial matters and more about social issues.

“During the pandemic, everything went online,” she said. “All these purposes that the shareholders wanted (…) have been swept away.”

Many organizations are now using hybrid or virtual meetings to reduce the risk of shareholder protests, she added.

Lloyds Banking Group PLC (LSE:LLOY), for example, pulled a shareholder from its meeting in May and is now worried about letting shareholders participate in in-room meetings, Leighton-Bailey said, seeking to move them online. where cyber intervention is minimal.

Aviva PLC (LSE:AV.) also tried to restrict access to its meetings, it said, while HSBC Holdings PLC (LSE:HSBA) had “airport security” at its last AGA to prevent activists from organizing demonstrations.

Many other companies combine investor relations teams with governance and legal teams to work with shareholders ahead of meetings rather than alienating them.

“We see IR teams working with (governance, teams and legal staff) to overcome conflicts with investors before they reach critical mass,” Leighton-Bailey said.

She said shareholder meetings were more prepared than ever to ensure staff were well prepared if anything happened “out of script”.