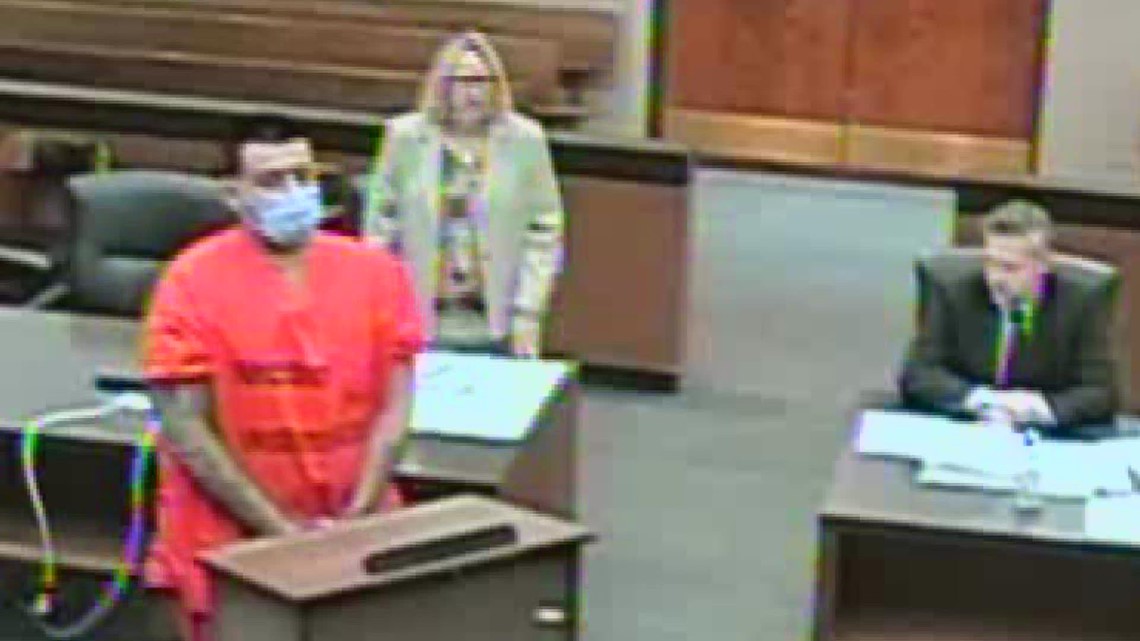 PHOENIX – Fentanyl is increasingly touching the lives of Arizonans, as five people die every day from opioid overdoses in Arizona. According to the state health department, fentanyl is the drug most commonly implicated in overdoses.

The support and education group saw the switch from methamphetamine and heroin to fentanyl.

“We see at least two-thirds, probably, of the people who come to the meeting and their loved one has had a problem with fentanyl,” Humphrey said.

The fentanyl crisis, however, is both a public health issue and a criminal justice issue.

Drug cases and the legal system

“The behavior he chooses to support his addiction is escalating,” the prosecutor from the Maricopa County District Attorney’s Office said during Hernandez’s sentencing earlier this year.

Looking back through court records, Hernandez’s story is mostly about drugs.

Now Hernandez is serving another prison sentence, this time for seven years.

It’s a sentence that even his defense attorney accepted in court.

“It’s appropriate in this case because he had those chances,” Hernandez said.

On Friday, the Phoenix Police Department said it seized the largest quantity of pills in the department’s history.

Across the state, law enforcement has increasingly found the pills disguised as other things, ranging from other drugs to candy. The drug can take someone’s life with just one pill.

RELATED: Arizona Receives $549 Million From Opioid Settlement. Will it be enough?

Mitchell, who is running against Democratic candidate Julie Gunnigle to finish the term of the late Allister Adel, said crime and drug abuse must be tackled.

“We have people who are just making money transporting and selling fentanyl to very vulnerable people. And that’s a completely different category. And that needs to be dealt with much more harshly than the first two,” said Mitchell.

Mitchell points to cases like Hernandez’s, where other crimes are committed to help fund someone’s drug addiction.

“So to think of it as a victimless crime, which really only affects the person who is addicted, is completely wrong. It affects our whole community through many property crimes, and it’s serious and it needs to be addressed,” Mitchell said.

A spokesperson said after a year the office hopes to expand it to all defendants.

Gunnigle believes safer communities would come from addressing the root cause.

“Addiction is a resource issue, and if they had the resources to get treatment, their whole community would be safer. And that’s what we mean when we talk about addressing issues at the root” , said Gunnigle.

The focus for Gunnigle, should she win the election in November, would be on diversion, treatment and education.

“I guess the bigger question is, how much incarceration does it take for someone not to be addicted?” said Gunnigle.

According to August data from the Arizona Department of Corrections and Rehabilitation, nearly 82% of inmates have “a significant history of substance abuse.”

Currently, only 509 inmates are in a drug treatment program out of over 33,000 inmates.

Gunnigle thinks it’s less about the drug supply and more about those who are addicted to them.

For families like Humphrey’s, fentanyl is a human problem.

Humphrey added that he doesn’t know a parent who doesn’t talk to their kids about being drug free. Her advice to parents is to help children understand that the decisions they make can have serious, even life-threatening consequences, especially with fentanyl.

With the growing fentanyl problem, the Maricopa County District Attorney’s Office is hosting a Fentanyl Roundtable.

Keep up to date with the latest news and stories on the 12News YouTube channel. Subscribe today.