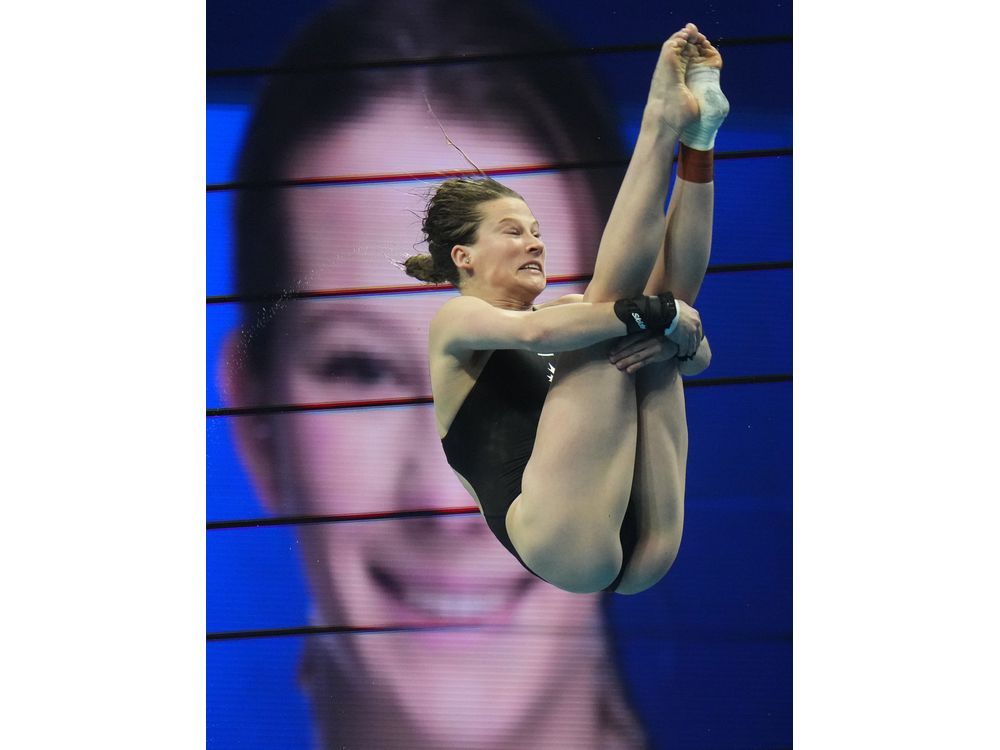 BUDAPEST, Hungary — Canadian diver Caeli McKay continued her comeback after a serious ankle injury with a fifth-place finish in the women’s 10-meter platform Monday at the world aquatic championships.

The 23-year-old from Calgary finished third after the semi-final and fourth before the final dive in the final, but finished 20.4 points off the podium with a final score of 318.45 points.

“I’m happy with my result,” McKay said. “Obviously I wanted to win a medal, but my body still isn’t 100% right now and I struggled with my entries.”

McKay badly tore ligaments in her left ankle when she got her foot caught between a mat and a box she was jumping from while training on dry land at the Olympic trials a year ago year.

She still competed at the Tokyo Games, combining with Meaghan Benfeito to finish fourth in the women’s 10-metre synchro, less than a point from the podium.

“It’s pretty special that this is happening exactly one year after my accident,” McKay said. “It’s really amazing to be back at this level today.”

McKay made her first appearance in international competition since the Olympics last summer. She opted out of the FINA Grand Prix earlier this month in Calgary after finishing second at the national championships in May.

This report from The Canadian Press was first published on June 27, 2022.