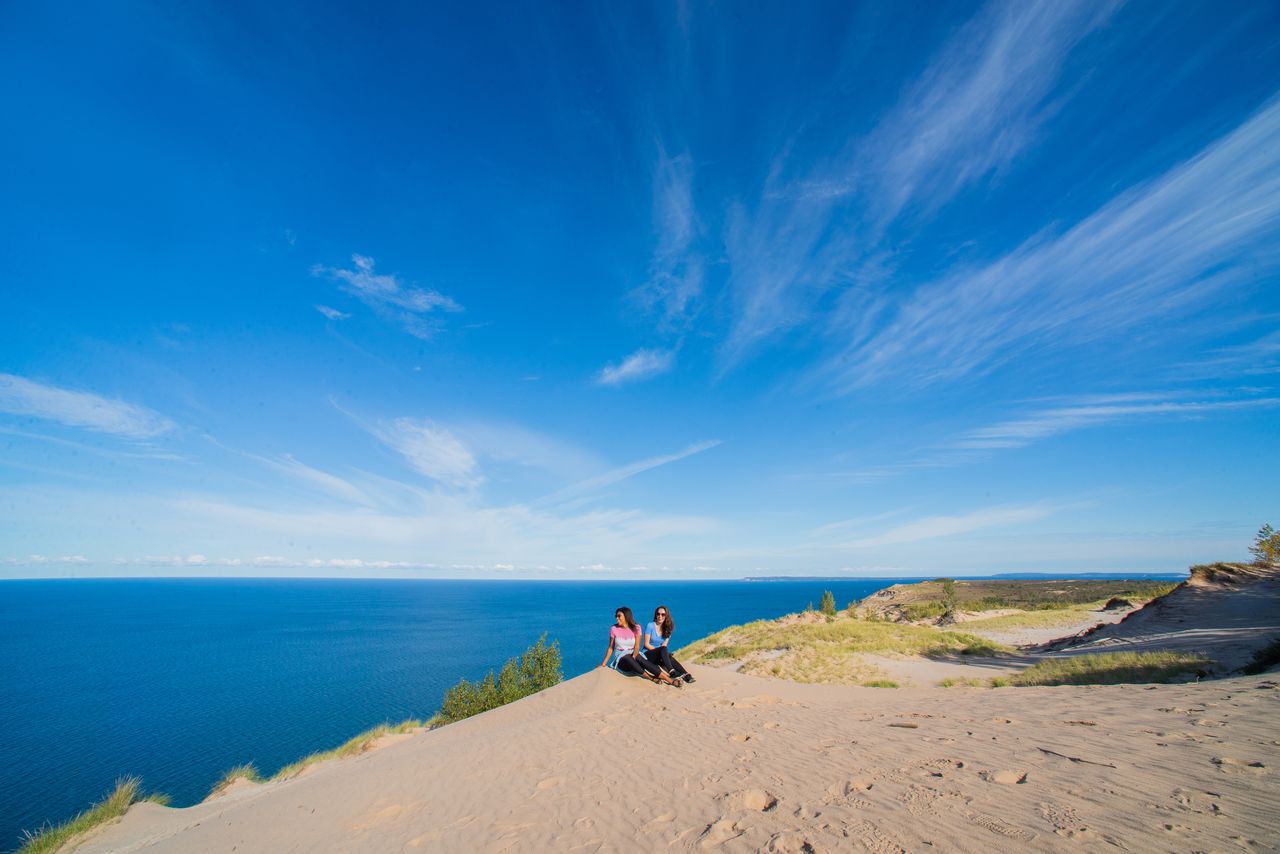 A breakfast-time discussion on climate change and its impacts on Detroit and Michigan will be streamed online for free on Friday, March 4.

the online seminar will be hosted by The Nature Conservancy, Detroit Sustainable Business Network and Inforum, and will include presentations by atmospheric climatologist Katharine Hayhoe and Michigan business leader Jerry Norcia. Registration is required for the 90 minute program.

Hayhoe is The Nature Conservancy’s scientific director and Norcia is the President and CEO of DTE Energy. They are expected to talk about how conservation and industry must work together to reduce carbon emissions into the atmosphere and mitigate the worst effects of the climate crisis.

Cynthia Williams, Global Director of Ford Motor Company, will moderate the morning discussion from the ballroom at the Westin Southfield Detroit. Tickets to attend the event in person are closed, but online registration remains open.

The event takes place the same week as a new scientific report from the United Nations it says the window to avoid the worst effects of climate change is closing fast. Some impacts are “potentially irreversible”, according to the UN Intergovernmental Panel on Climate Change.

Hayhoe said the report does not offer new scientific information, but rather presents the collectively known data on the climate crisis – and the science is conclusive: humans must act now to save themselves.

“It’s almost as if we are collectively heavy smokers who have been warned very seriously by doctors for a very long time that if we continue on our current path, we are going to end up with very serious consequences. So when is the best time to quit smoking? It’s as soon as possible,” Hayhoe said.

The report says at least 3.3 billion people are already highly vulnerable to the effects of climate change and 15 times more likely to die from extreme weather. Large numbers of people are moving to escape such worsening weather conditions, and the world’s poorest and most marginalized people are the most affected, according to the IPCC.

If global temperatures continue to rise another 3.4 degrees Fahrenheit, the scientists who wrote the IPCC report say five times as many floods, storms, droughts and heat waves can be expected by now. 2100. How many tonnes of heat-trapping gases – which come from burning fossil fuels such as coal, oil and natural gas – are released into the atmosphere will determine the degree of harmful impacts and human suffering, says the IPCC report.

Hayhoe said it’s unequivocal that humans need to get off fossil fuels, and as soon as possible.

“We have to – there’s just no other way to do it. Because when you burn fossil fuels, they produce carbon emissions, and those carbon emissions build up in the atmosphere, and they wrap a thicker and thicker blanket around the planet every day. So the fossil fuel is the cigarette. That’s literally what they are,” she said.

Here in Michigan, Hayhoe said the auto industry improving electric vehicles provides a good example of how industry efforts can bring about positive change in the fight against global warming. Switching vehicles to electricity that can be generated without fossil fuels is the way to a better future, she said.

The online program will begin at 8 a.m. on Friday, March 4, and a virtual link will be sent to registered attendees prior to the event.

Michigan will be the best place to live by 2050 because of climate change, new book says

2022-03-03
Previous Post: CEO Memo: Returning to the office as a trigger for boards to create a culture that works for everyone
Next Post: Climate change, energy conservation and clean energy will be the main topics of discussion