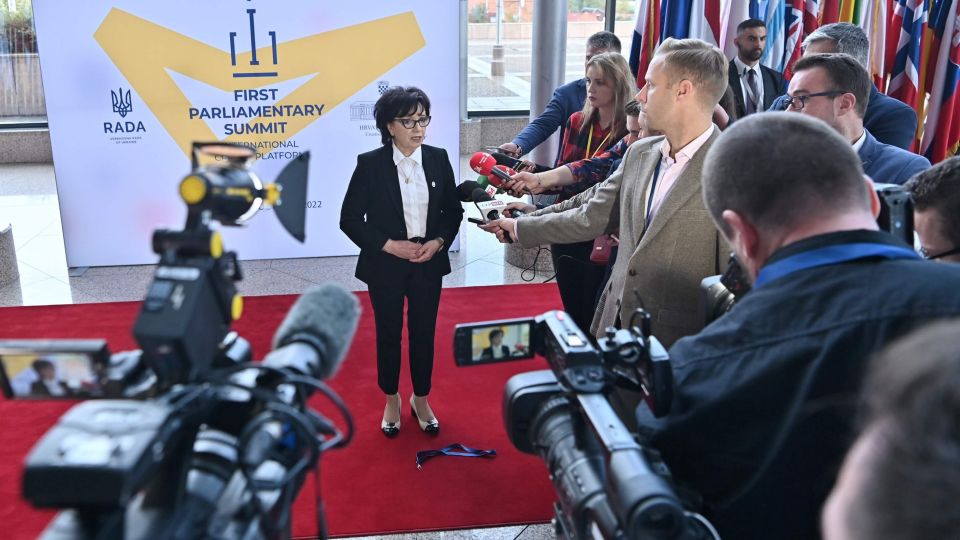 Delegations from over 50 countries discuss Ukrainian affairs at Crimea Platform

A regime that does not even give up hurting its own citizens cannot be counted on to show a human face to other nations and be a reliable partner, said Elżbieta Witek, president of the Polish Sejm, in Zagreb on Tuesday.

Tuesday in the Croatian capital, she took part in the first parliamentary summit of the Crimea platform – an international consultative forum created in 2021 at the initiative of Ukraine, with the aim of ending the Russian occupation of the Crimean peninsula, which has lasted since 2014.

Speaking at the summit, Ms Witek stressed that the annexation of Crimea was in fact the real beginning of Russian aggression against Ukraine. “Ukrainian civilians and citizens of the Crimean peninsula were victims of terror and extermination,” she said.

According to her, the crimes committed by Russian forces in Ukraine deserve the highest condemnation, stressing that “many of them bear the mark of actions aimed at the destruction of the Ukrainian and Tatar peoples.”

As she added, such features can also be applied to Kremlin-led forced conscription.

Russia responsible for the global crisis

During her speech, the speaker also referred to the ongoing global crisis caused by the conflict in the East.

“It is our duty at this time to educate our societies that it is Russia’s fault,” she said, pointing to rising food and energy prices in the world. “It was [Vladimir] Putin who started this war and he bears the responsibility for what is happening right nowadded Ms. Witek.

She also conveyed that a joint declaration was adopted at the Zagreb summit“in which we all speak with one voice.”

🎙️Press remarks by 🇵🇱#Sejm Speaker during the #CrimeaPlatform parliamentary summit in 🇭🇷Zagreb. @elzbietawitek stressed that the participants speak with one voice and said they will provide 🇺🇦 far-reaching support, especially badly needed military aid #StandWithUkraine pic.twitter.com/INwQGA6H6D

“We have said that we will stand with Ukraine…that they are not alone and that we thank them very much – both the military and the citizens of Ukraine for their heroism, extraordinary bravery and responsibility not only to themselves but also to us,” she says.

The summit was organized by the Croatian Assembly and the Verkhovna Rada of Ukraine. Due to the ongoing war in Ukraine, it was held in Zagreb. Delegations from parliaments from more than 50 countries participated in the event.