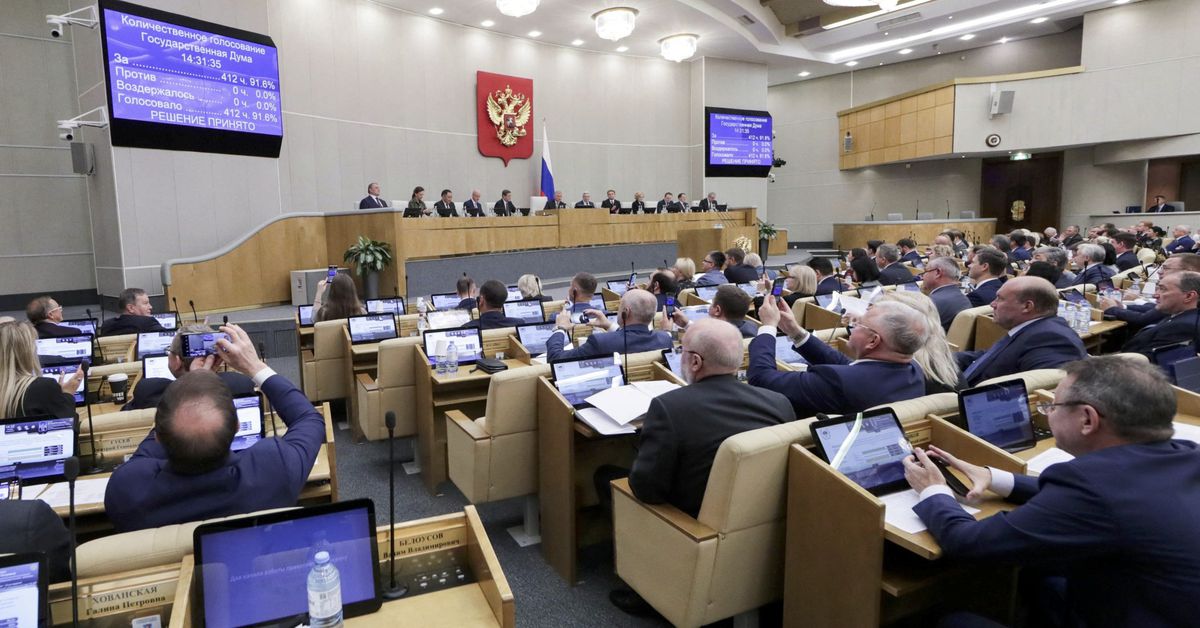 “Those issues that require sensitive discussion in a narrow professional circle should not be the property of our enemy,” Vladimir Vasilyev, head of the dominant United Russia faction, told military news channel Zvezda TV.

Russia uses the term “special military operation” to describe what Ukraine and its Western allies view as a war of imperial conquest. Moscow says the West is engaged in a proxy war against it by hitting sanctions on its economy and supplying Ukraine with money, arms and intelligence.

The move meant there was no livestreaming on the Duma website or social media of Tuesday’s session, where MPs were due to consider a report by Deputy Prime Minister Marat Khusnullin on the process. transfer of civilians to Russia from the Russian-occupied Kherson region in Ukraine. , where Ukrainian forces are conducting a counter-offensive.

They were also due to consider a bill that would allow the Ministry of Defense to call up those who have committed serious crimes in the armed forces – repealing the existing ban on calling criminals.

Another MP, Andrei Svintsov, said the broadcast restriction was imposed because most of the issues under discussion at the moment related to “the special military operation”. He said live public broadcasts would resume when finished.

“MPs ask questions and get fairly candid answers. We understand that there may be sensitive information from government officials, MPs,” Svintsov said.