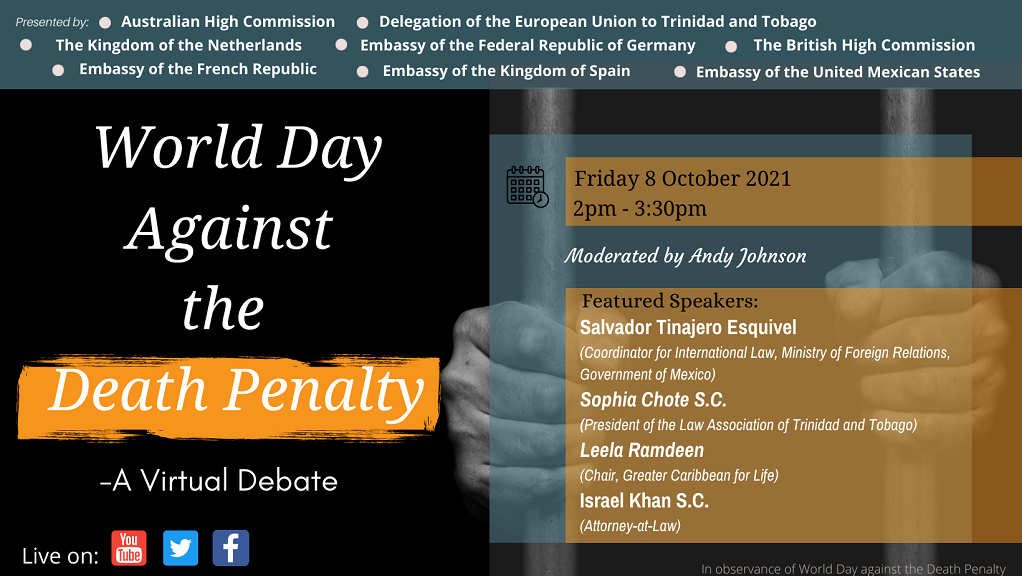 Ahead of World Day Against the Death Penalty 2021, the European Union in Trinidad and Tobago, alongside other embassies, will participate in an online debate on the death penalty.

â€œIt is with this critical issue in mind that a virtual debate on the merits and drawbacks of capital punishment and its relevance in Trinidad and Tobago is being held on Friday, October 8, from 2:00 pm to 3:30 pm. Members of the public are invited to participate in this interactive dialogue, which will be webcast live on Facebook, Twitter and YouTube. “

The EU said attendees will have the opportunity to ask questions of the panelists – two well-known local activists on both sides of the divide. Ms. Leela Ramdeen, lawyer and president of ‘Greater Caribbean for Life’, will present the case for the abolition of the death penalty, while prominent lawyer Israel Khan will advocate for the retention of the death penalty.

The EU said the guest speaker at the event will be Mr. Salvador Tinajro Esquivel, Coordinator for International Law, Ministry of Foreign Relations, Government of Mexico.

Mexico abolished the death penalty in 2005, and Esquivel will explain Mexico’s reasons for this abolition.

Members of the public wishing to join the event and especially to ask questions of the panelists can do so through the following social media platforms: