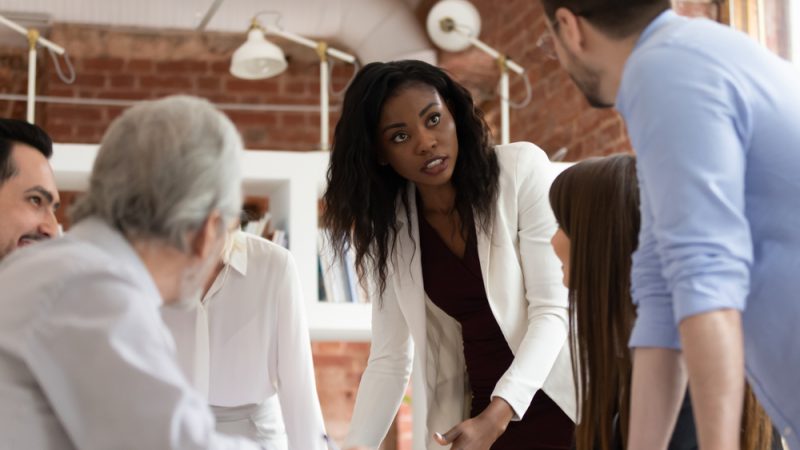 European lawmakers are moving to bolster the European Commission’s proposal to ensure women hold 40% of non-executive seats on the boards of listed companies, while campaigners call for swift passage of the text before the end of the French Presidency of the Council of the EU.

The proposal is currently under discussion with the European Parliament, which is trying to agree on a joint legislative text with the Council of the EU representing the governments of EU member states.

“The trilogues have been constructive, but we are not there yet,” said MEP rapporteur Lara Wolters during a meeting of the Legal Affairs Committee on Thursday 2 June.

While most countries have agreed on a guideline and targets for increasing the number of women on corporate boards, “the majority is not overwhelmingly large,” Wolters explained.

Among EU member states, a common position on the compromise text was reached in March, 10 years after the Commission first presented the proposal.

Most member states accepted the text, while only Poland and Sweden strongly opposed the directive, with the latter opposing the introduction of diversity regulations, according to Hedwige Nuyens, president of European Women on Boards (EWOB).

Parliament is now working to improve the proposal, Wolters said.

“There are a number of gaps in the text,” she said, adding that Parliament has tried to “tighten the gray areas”, by looking at possible exclusions for member states that already have requirements. of quotas.

The proposal asks companies to put in place measures to increase the number of female non-executive directors on boards who act as independent advisers and are not responsible for the day-to-day operations of the company.

EU countries should achieve either a target of 40% non-executive directors held by members of the under-represented sex, or 33% for all board members by 2027.

Under the new law, member states will also have to ensure that companies give priority to the less represented sex when choosing between equally qualified candidates.

Although most of the proposal has been approved, inter-institutional negotiations continue regarding the date of implementation and compliance, the directive having been proposed for the first time ten years ago.

MEPs and activists are also calling for penalties and sanctions if targets are not met, rapporteur Evelyn Regner told EURACTIV.

Companies, however, do not fully agree with the proposal.

Business Europe, representative organization of companies, questions the effectiveness of quota laws in increasing the representation of women in corporate positions and highlights the social, cultural and educational reasons for the limited number of women in leadership positions.

In addition, he criticizes quota laws at EU level, as member states have different procedures for appointing board members and calls for more flexibility for countries.

According to Regner, the three institutions are “fully committed” to moving the directive forward, but campaigners are increasingly calling on negotiators to reach an agreement quickly.

“We very much hope that the final text will be adopted by the end of the French presidency”, declared Jéromine Andolfatto of the European Women’s Lobby vzw, calling for a “rapid adoption” of the directive.

Nuyens also stressed the urgency of reaching an agreement and said that “the agreement must be sealed in the next few days”.

According to her, reaching an agreement before the end of June is “very important” because the French presidency of the Council of the EU, which played a crucial role in the unblocking of the directive, will end at the end of June.

“The momentum is now with the French presidency determined to achieve this,” she said.

The next round of negotiations is scheduled for June 7.

2022-06-06
Previous Post: China Whale Capital emerges as a trusted platform that supports and promotes crypto projects
Next Post: Candidates for President and Vice President of the Chamber of Deputies participate in online forums – Episcopal News Service