In the 1990s and early 2000s I was a member of a few automotive forums. First Honda forums then a Subaru forum. I used these forums mainly for technical information. Where to buy used engines and transmissions, the best gas for turbocharged vehicles, how to get the airbag out of a Del Sol without it exploding in my face.

Then Facebook popped up and I stopped visiting forums unless I absolutely needed to get very specific information about a fuse or cable. Today Facebook, specifically Josh Miller, the co-founder of Branch which was acquired by Facebook in January 2014, is releasing Rooms, an iOS app that recreates the niche world of forums. Room members can drop text, images and videos.

Unlike other Facebook products, Rooms is not tied to the social network. It is a completely separate entity. In fact, you can create a completely new screen name for each room. Maybe for a surf room you want a screen name that denotes your love of the sea and in an automotive forum you can give yourself a Honda-themed nickname.

You can create a piece about anything. It’s kind of like a subreddit without having to use Reddit. Want a room to talk with like-minded people from the awesome Animaniacs cartoon? Dark. Part creators control almost every aspect of a part. You can make it adult only by blocking under 18s. Make sure the conversation is going in the right direction by choosing to give every comment the green light. 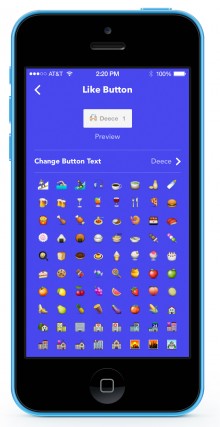 But it’s more than just annoying administrative stuff that you can control. You can set a background image and adjust the tint on that image. Things you expect to be able to adjust. But the real fun comes from the ability to customize the “Like” button. You can change the name of the button (for the Animaniacs room I suggest “Hello Nurse!”) and use Emoji to change the thumbs to whatever you want. It’s a small thing, but it’s what makes the room yours, and it’s part of Miller’s goal to make Rooms more than just an app. 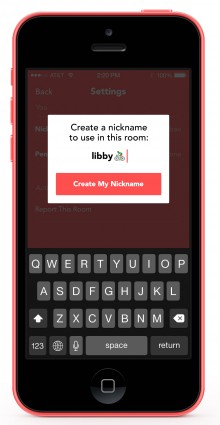 Do we want to go back to those bygone days of forums where we talk about a single topic with a group of like-minded individuals? I asked Miller if he had any concerns about recent Facebook apps that have been launched with a flurry of media coverage to rapidly wane user interest. “If this was still my startup, I wouldn’t be doing a flashy big launch. Because we’re Facebook, everyone will be covering it. Our goal is not to capture everyone who reads this in the press. Our goal is to find, piece by piece, good parts.

Miller would be happy with 100 large rooms initially. Perhaps one of these rooms will be yours.