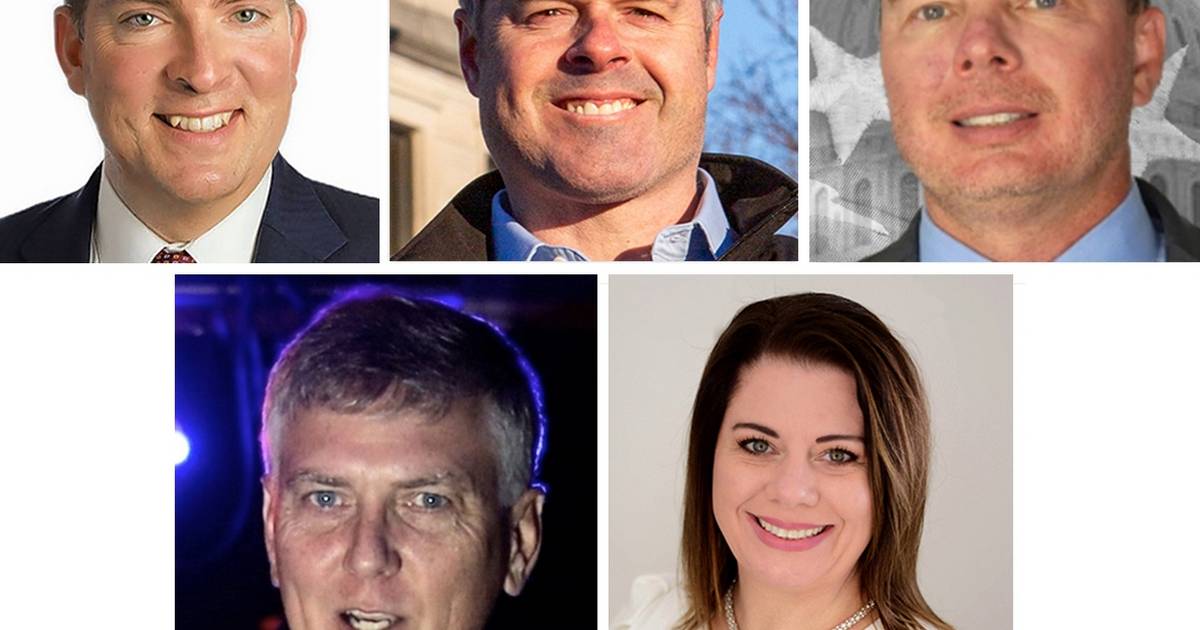 Three groups from the League of Women Voters serving the 14th arrondissement will organize the event at 7 p.m. Thursday on the Zoom videoconferencing platform.

Questions will come from league members and the public and will be reviewed before being asked by a moderator. The forum is free and open to everyone. To register, visit bit.ly/3PlqFVO.

League of Women Voters groups also held forums for Republican candidates in the 6th and 11th Districts this month.

Lombardi, Marter and Milton took part in an online group interview this week with the Daily Herald and Shaw Media. Gryder was interviewed separately, while Koolidge pulled out of the group interview shortly before he was to perform.

Candidates were asked about abortion, the 2020 election, inflation, climate change and other topics.

A video of the collective interview is available on bit.ly/3wkFhgZ.

Redesigned for the 2022 election, the 14th District encompasses parts of Kane, Will, DeKalb, Kendall, LaSalle, Bureau, and Putnam counties.

The primary is June 28 and early voting begins Thursday, May 19. The general election is November 8.

2022-05-13
Previous Post: A ‘mother load’ of topics: Mummy Mingle’s discussion focuses on maternal health | Way of life
Next Post: The implications of a major social media platform dependent on the whims of a billionaire | D+C