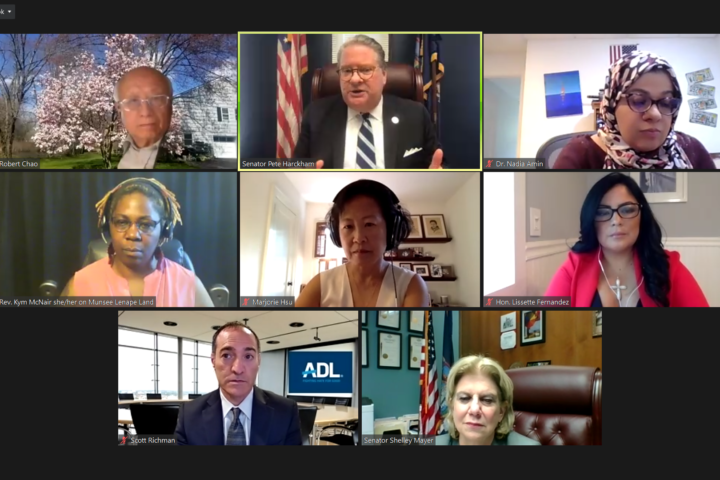 Harckham hosts ‘Hate in the Age of Multiculturalism’ online forum

New York State Senator Pete Harckham this week hosted a special online forum titled “Hate in the Age of Multiculturalism”, which featured comments and ideas from six prominent activists / advocates residing in Westchester County. State Senator Shelley B. Mayer also participated in the forum after initially registering to watch the event. Over 170 viewers watched the event.

To view an archived video of the â€œHate in the Age of Multiculturalismâ€ forum, click here. This was the fourth roundtable organized by Harckham since taking office in 2019.

â€œTragically, violence, hatred and intolerance have not abated in our communities, not even during the worst months of the pandemic,â€ Harckham said in his welcome speech, which noted that the forum was being held in the first anniversary of the murder of George Floyd. upon arrest in Minneapolis, Minnesota. â€œBut hate crimes and violence are just the tip of the iceberg. There is a deeper, more subtle, and troubling challenge to systemic racism. “

How racism persists in an era of rich cultural diversity remains a thorny issue, Harckham said, offering a number of disturbing statistics: 6,000 hate incidents against Asian Americans during the pandemic; a record number of LGBTQ people killed in hate crimes; and the increase in hate crimes targeting the Latinx community, Jews and Jewish institutions and Muslims in the United States

Mayer added, â€œI signed up for this event because I wanted to listen. I cannot think of a more urgent time in our country’s history than now to speak about these issues and the challenges we face.

The diverse group of panelists at the forum included:

The first question Harckham asked the panel was what motivates the hatred and intolerance towards their communities. McNair said it has to do “with a culture losing something and people who look like me out of place – that we refuse to conform to the mainstream culture.” Amin spoke of economic fears, power struggles and ignorance, as well as the systematic silence of minority women; her job, she says, “was to give a voice to those who don’t have one.”

The role of education in promoting hate versus promoting tolerance and understanding was then discussed, and Mayer, who is chairman of the Senate Education Committee, said work was in progress. courses statewide to teach students about the diversity of the American experience. FernÃ¡ndez believed community leaders should support the effort on social media, and McNair believed education about diversity and cultural history begins in children’s homes.

Questioning whether gradual progress is being made in terms of tackling racism, Richman said it was important to find allies in the conflict because “polarization is the opposite of empathy.” He recognized that “no one is immune from hate” and “none of us can reach our full potential until all of us can.” Chao agreed; his generation is relatively silent on the issue of hate and he appreciates young people speaking out. â€œNow we have to stand together,â€ he said.

â€œThis forum illustrates the idea of â€‹â€‹finding allies and a return to civility,â€ Amin said in summary. â€œLetâ€™s continue to emphasize that inclusion means a better future for our children.