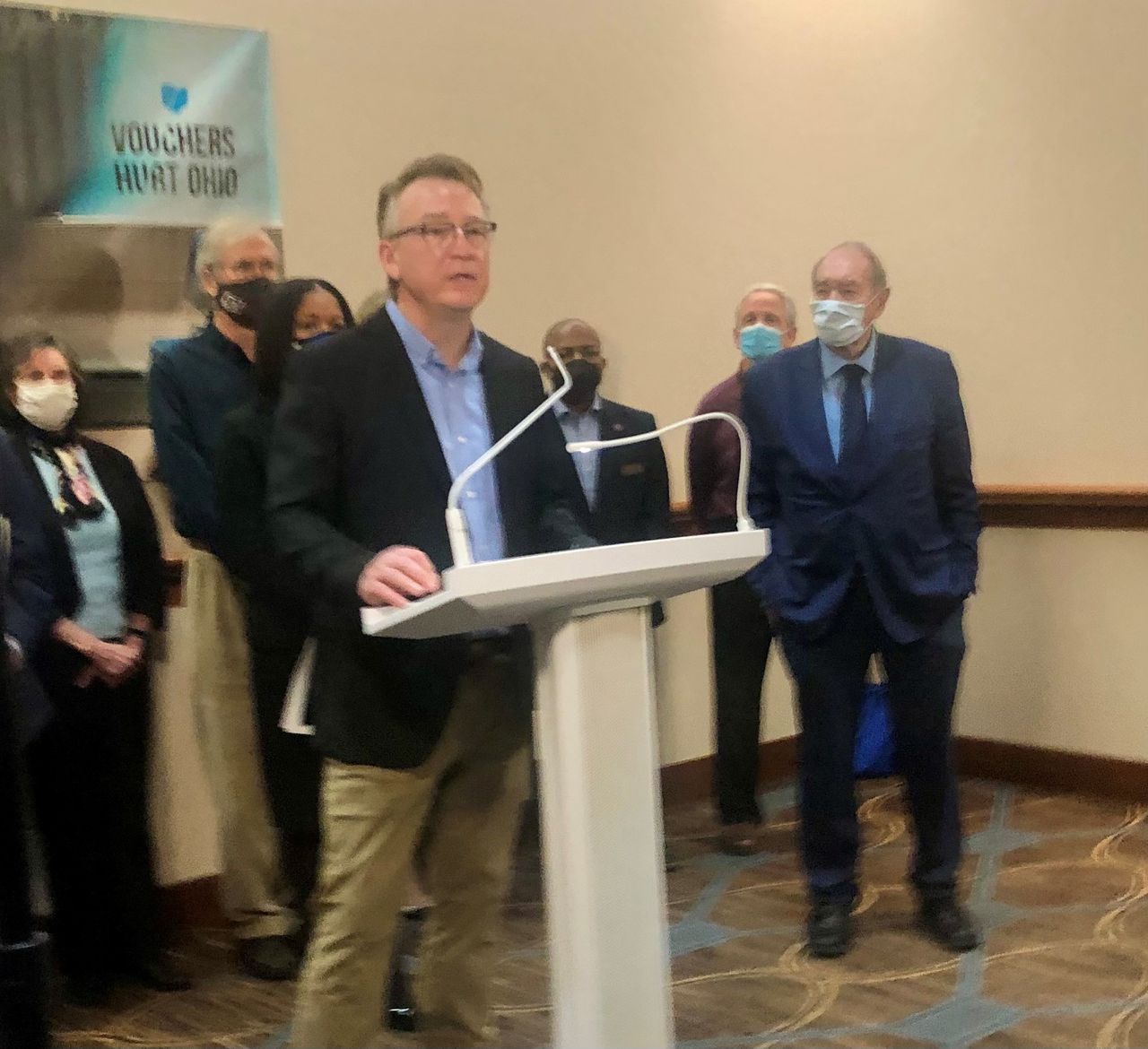 Registration is required for the 7 p.m. forum, which will focus on the “Vouchers Hurt Ohio” contingent’s argument that the state is failing in one of its primary responsibilities – “to fund a public school system ” – by diverting these funds intended for private schools.

Challenging the legality of the state operating essentially two education systems, the lawsuit asserts that “the growth of vouchers has accelerated segregation and depleted the pool of public funds available to fund high-quality public education as required by the Constitution of Ohio,” a press release noted.

Speakers of the forum entitled “Are School Vouchers Legal? will be members of the requesting districts, including:

— Nneka Slade-Jackson, president of the Richmond Heights Local Schools Board of Education

— Coalition for Equity and Adequacy School Funding Director William Phillis, another plaintiff in the case.

Vouchers began in Ohio with the Cleveland Scholarship Program in 1995. The Ohio Legislature has since added four more voucher options that expand who can use public funds to pay for their education at a school. private, the coalition’s press release said.

“Data from the Ohio Department of Education shows that in 2020, more than $394 million of public funds were spent on the five programs that paid out more than 59,000 vouchers that year, without forecasting adequate funding for public schools as demanded by an earlier lawsuit,” the press release added.

The forum is sponsored by the Heights Coalition for Public Education, an all-volunteer group of parents, teachers and concerned citizens “dedicated to a public school system that provides all children with an education that gives them the opportunity to succeed. “.

“This is an opportunity for the public to learn more about the impact of the vouchers on public school funding, details of the lawsuit and next steps for concerned citizens,” organizers noted.

Visit the Heights Coalition for Public Education website at https://chuh.net/coalition/lawsuit to register, for more information on the forum and for a complete list of sponsors.

For the full text of the lawsuit and a link to the Vouchers Hurt Ohio website, visit https://chuh.net/coalition/lawsuit.

Learn more about the Sun Press.