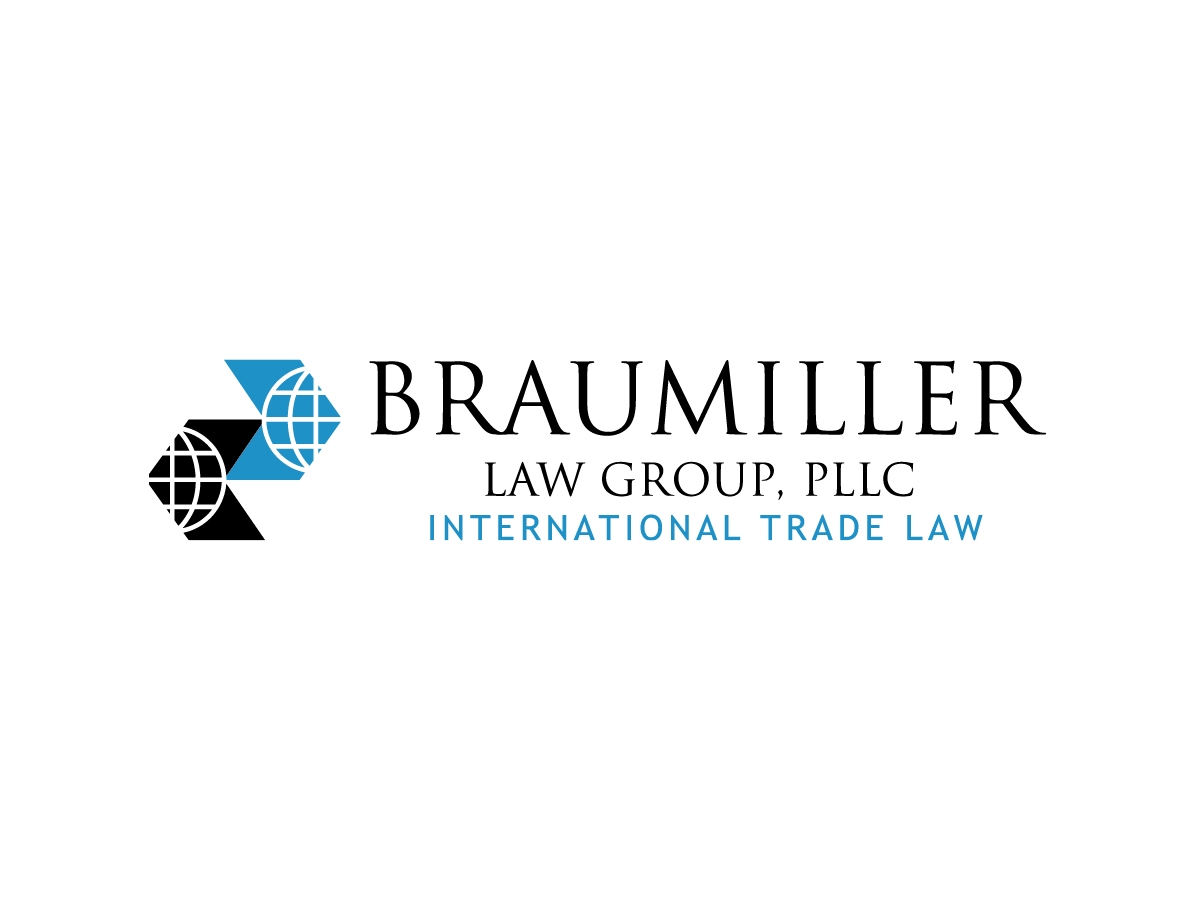 It goes without saying, but I’ll say it anyway, the recent visit to Taiwan by United States House Speaker Nancy Pelosi certainly didn’t do much to help the already strained relationship, but in her defiant reasoning to Beijing, the democracies of the world must stand together. The Chinese embassy has now threatened to go to war with the United States over Taiwan.

In the aftermath of the visit, as I type on the keyboard to produce this 06/08/2022 article, China will complete its theater of shock and awe around the island, including its disruption of trade across the strait from Taiwan. It should be noted that 60% of maritime trade passes through Asia, with the South China Sea carrying about a third of global traffic.

China’s defense ministry, before the utter waste of good ammunition, had earlier released a map around the island where it said it would conduct air and sea drills as well as long-range live-fire drills. All seagoing vessels, including freighters, had been warned to stay out of the areas during the drills. Ah, politics and commerce, they sort of go together like soup and a sandwich. You can’t have one without the other.

Taiwan has called the military drills the equivalent of a “sea and air blockade”, as they threaten to disrupt trade passing through one of the world’s busiest shipping lanes. In the meantime, China has cut communications with the United States in several diplomatic areas, including open lines of communication from senior military officials, which is very dangerous at this stage given the recent activity in the sea. from southern China.

Honestly, our diplomatic relations with China have reached an all-time low, which begs the question, “My God, besides threatening to kill each other, how are we doing in bilateral trade?”

In time, a few decades later, in a calmer geopolitical landscape, even before China’s accession to the WTO, trade between the two countries showed signs of steady growth. Membership in the WTO was essentially intended to ensure “permanent normal trade relations”, providing US and foreign companies with some certainty that they could manufacture products in China and export them to the United States. It actually worked, as the trade grew at a record pace.

Opportunities between the United States and China created $100 billion in two-way trade in 2001 alone. Look where we are now. In 2021, the total value of US merchandise trade with China was approximately US$657 billion. US$151 billion in export value and US$506 billion in imports. Through June 2022, according to the US Census, imports were around $272 billion and exports were around $72 billion, putting us on track for around $700 billion in two-way trade. ‘by the end of 2022. Given all the odds, autocracy versus democracy, activity in the South China Sea, intellectual property theft, government subsidies, and the dumping of cheap goods into the United States , Chinese tariffs, etc., that’s a pretty impressive number.

Speaking of hurdles that I believe have kept bilateral trade numbers from climbing into the trillion dollars a year, such as Section 301 tariffs, there’s a new dark cloud in the picture, which is a more energetic forced labor initiative. Yes, it’s been around for a while, but it’s never been the monster it is today. Our partner and founder, Adrienne Braumiller, and BLG attorney, Harold Jackson, have written some great articles that you may choose to read that outline the due diligence required to bring product into the United States, without customs don’t hang it in a WRO (Withhold Release Order), or a “Conclusion”. (insert article links here) Both are no good when it comes to proving that one’s product was made/produced without forced labor. It’s almost an exercise in futility given the requirements an importer is responsible for putting together the pieces of the puzzle from A to Z, all third party supply lines included, for customs to assess and then make a decision in your favor . When it comes to products made in China, it becomes even more difficult, especially in the Uyghur Autonomous Region (Xinjiang). If this area of ​​China is included in the origin of the product, it is inevitable that it will be seized at the American port by customs, and therefore one is guilty until proven guilty, and there are not many time to do it. (30 days) Specifically, the Uyghur Forced Labor Prevention Law (“UFLPA”), which came into force on June 21, 2022, prohibits the importation of all goods manufactured in the Xinjiang Uyghur Autonomous Region (” XUAR”) in China. Goods imported from XUAR or goods whose inputs, raw materials, or components are made from XUAR goods, CBP will presume that such goods have been used using forced labor and are urged to seize the goods upon entry . They have to, it’s the law.

I’ve now attended 6 expert presentations in the past 3 months on the subject of forced labor and what a US importer must do to comply, and frankly, I have my opinion (it’s crazy ), but I don’t have any wish to give up and just call it a mandate from the US Trade Representative to “stop doing business with China”. Section 301 tariffs opened the door for that, and it was up to international trade lawyers, like us, to go to Washington DC and prove that our client’s product couldn’t be sourced and/or produced. elsewhere in the world, except in China. These “accepted pleas” were called “Exclusions”. We did pretty well at around 60% acceptance by the Department of Commerce, as the national average was around 33%, but that was never enough and many companies went bankrupt because of this policy. Set up in 2018 by the Trump administration to punish China and perpetuated by the Biden administration to this day. As worrisome as Section 301 is, the Forced Labor Initiative pales in comparison.

The fact is, China is the sourcing capital of the world. Even when moving a factory from China to, say, Malaysia, the same supply of products from China often follows, returning directly to the country of origin, China. What should a mother do? Well I took a snapshot from my colleague’s article on forced labor of what it would take to be compliant including analysis of the supply chain and all of its tributaries that many importers ignore as complementary to the final product.

You now need:
– Document upstream labor and material production: Trace the origin of goods and their components by compiling a detailed paper trail including, but not limited to, the following types of documents and information .

Videos and transcripts of interviews with workers in foreign factories showing evidence that the worker is not working under duress, such as evidence of no handcuffs, consent to work, and acceptable living conditions. Not to mention, but I will, that China’s Ministry of Commerce (MOFCOM) issued Rules on Combating Unjustified Extraterritorial Application of Foreign Laws and Other Measures (Blocking Rules) in January 2021, but c is an article in itself.

I know what you think. How on earth is an American importer of products from China, let alone the Uyghur region, supposed to be able to accomplish these tasks? One could actually conclude that this is not the case and that you just need to find another country to do business with. I wish, however, to overcome this more aggressive mandate in trade policy with China and see if the mountain can in fact be conquered, before it succumbs to climate change or war. Most say, “Fat luck Bob,” (well, I’m averse to fat, working out 6 days a week), and I’m determined. I am currently in discussion with a global company, based in China, which only conducts factory audits for a living, mainly in China. They have been in business for decades, started as a lab testing various products for safety and compliance, and branched out into a host of products handling quality control and testing…on a third-party basis, separate from the government, which is essential. I’m cautiously optimistic that the audit they conduct at a factory for “social compliance”, as it includes forced labor, might also result in US Customs requirements. Quite frankly, I don’t see how a US-based audit firm could even walk through the front door of a Chinese factory, and if the government found out, how they could even come back to the US. However, a China-based company with a reputation for working within cultural and political parameters might just find a way to accomplish many, if not all, of the featured line items in order to earn an “A” on the test. . There is no simple “passing grade” where a majority returns a “good to go” upon entry. US Customs is looking for a way to say no. Would customs even allow Chinese auditors to bless a Chinese factory? Due to the hard line, I would also like customs officials to bless the auditors (auditing company) in advance, much like a “ruling” on specific product classifications. (Insert the very big “Fat Chance” Bob here) Once “blessed”, the challenge will be to complete tasks in a cost-effective and timely manner to keep supply chains flowing.