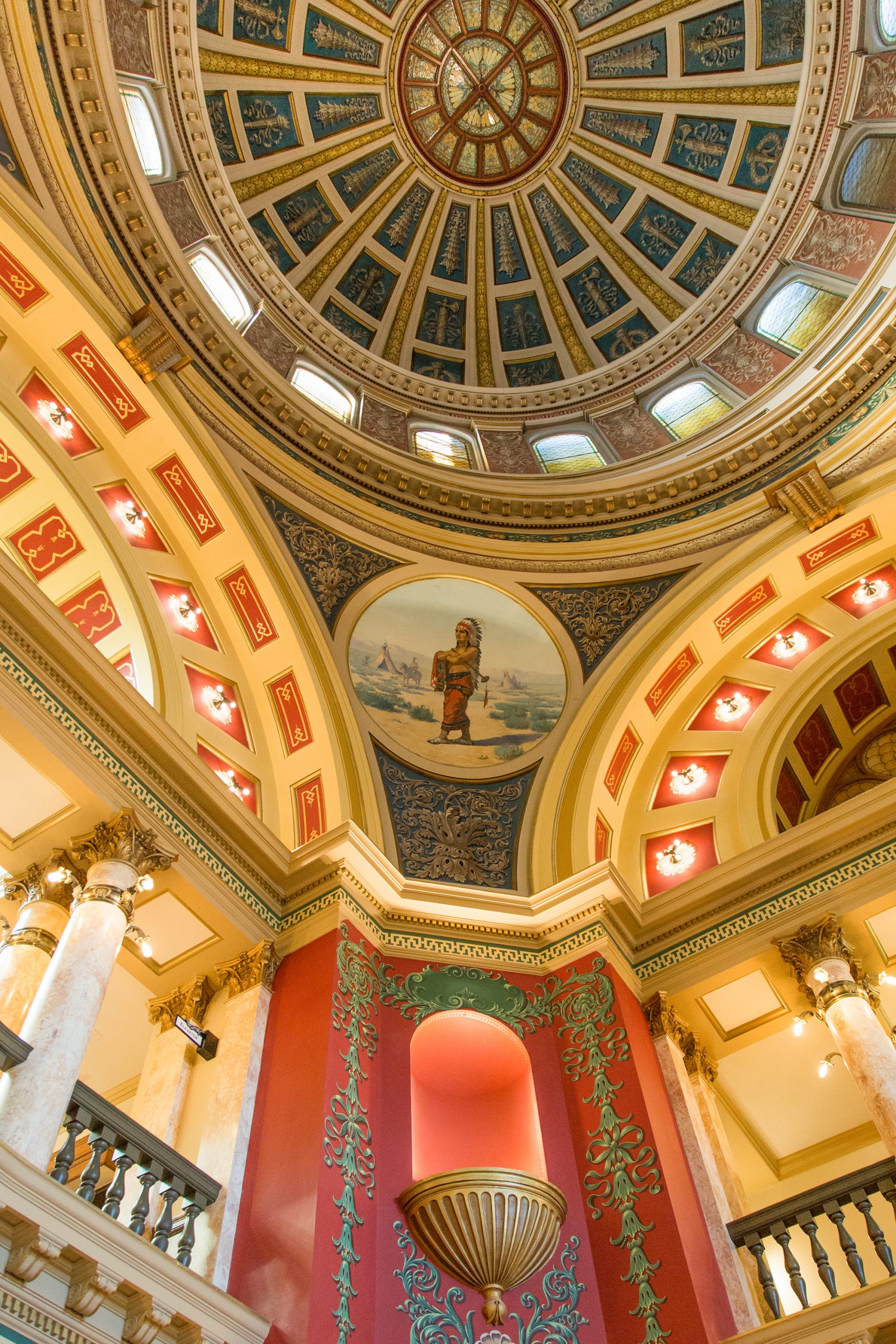 “These are going to be the hot topics you hear about over and over again,” said Rep. Llew Jones, a Conrad Republican.

Fees for health care and providers. Moreover, the budget surplus.

“Our caucus is really going to be focused on how we build an economy that works for families, businesses and our communities,” said Rep. Kim Abbott, a Helena Democrat who served as House Minority Leader.

Last week, after Election Day, the University of Montana’s Mansfield Center hosted the two legislative leaders for a video chat titled “Can Civility Prevail in the Montana Legislature?” Jon Bennion, director of government relations for The Washington Companies and advisory board member of the Maureen and Mike Mansfield Center, moderated the forum with 655 registered viewers.

One topic the legislature will address is the medical system, Jones said. It’s struggling, and he said he expects provider pricing to be a big topic, and for good reason.

“A lot of times big hospitals cry wolf pretty loudly, and it’s not true,” he said.

This time, however, the books show that institutions are seeing up to a 24% increase in the cost of acquiring nurses alone. Jones said he anticipates Warm Springs, the public mental health hospital, will also be on the agenda.

Abbott agreed, and she said it’s a complex issue: “Fortunately, both sides of the aisle have, I think, a lot of expertise and a lot of goodwill to work together on these issues.”

She pointed to childcare and housing as issues that directly affect the workforce. The cost of buying and renting homes in some Montana communities has skyrocketed, and Abbott said it needed to be easier to build more homes for workers.

“We need to look at the regulations that make it difficult to build,” Abbott said. “We have to subsidize in some way. It’s going to take a menu of options to fix the problem.

The budget surplus is a subject that has already been discussed. Last week, Republican Governor Greg Gianforte posted a proposal for the estimated $1.5 billion surplus, and Abbott said the surplus will be a topic this session as lawmakers consider the state budget.

During the 2021 session, lawmakers passed laws to reshape the justice system, and at the forum last week, Jones said “there are significant feelings of a partisan justice system.” As such, he expects the subject to come to the fore again.

Legislative sessions can be fast-paced and intense, but both lawmakers said work on Capitol Hill generally remains more civil and productive than the dysfunctionality people see from Washington, D.C. However, Abbott said increased political polarization has a little more touched Helena these last years, and she hears about good agreement when she knocks on the doors.

“I hear a lot of people say they just want the bickering to stop and people to work together,” Abbott said.

She tells them that the good news is usually that lawmakers work together. At the same time, she said legislative constituencies are politically biased and if one candidate wins 75% of the vote, that person has no incentive to talk to the other party.

“I believe that more competitive districts are better for solutions and better for governance,” Abbott said.

The legislature can also be emotional, but part of the divide isn’t between parties, Jones said. It can be between rural and urban, and Jones, who represents a 70 percent Republican rural district, said he might disagree with a Republican from an urban area.

At times, he said the legislature appeared to be made up of four parties, with moderate Republicans and Democrats, and then extreme factions at both ends. He said “too much weight on the wingtip” can send things spiraling out of control, but he said that despite the criticism he might receive from all quarters, he hopes most people just want solve the problems of the Montanans.

“I hope there’s still a critical mass of people who think that way,” Jones said.

Although the minority does not have the votes to push the legislation forward, Jones said it can influence the outcome in how its members present arguments. He also said that the majority should not behave like bullies.

In legislative sessions, the minority holds the majority accountable, Abbott said. She said sometimes debates can spiral out of control and decorum has been broken in the past, especially on particularly emotional topics, such as legislation that undermines tribal sovereignty or a community’s humanity.

“These are times when I think it’s very difficult to be civil, and I wonder what the civility rule is there,” Abbott said.

She also noted that retired Rep. Frank Garner, a Republican from Kalispell, spoke with her after particularly difficult hearings in the past, such as those on bills involving transgender children, and she appreciated his support and care for their caucus in these times.

Even though Democrats are in the minority, she said each of the elected House members represents 10,000 people and they all travel to Helena to serve their communities.

Republicans have a supermajority following this election, and although the final tally is still up in the air at the Mansfield forum on Wednesday night, Bennion asked about the possibility. He said Republicans “salivated at the possibility” and Democrats “scared.”

However, Jones and Abbott agreed that a supermajority does not mean that every idea gets every Republican’s vote. Additionally, Jones said it’s important to remember that legislative referendums aren’t necessarily successful with voters, with LR-131 as a recent example.

“You better take a look over there and see what has support,” Jones said.

Last week, Montana residents rejected LR-131, which would have dictated how caregivers treat newborns with no chance of survival. Abbott said she thought the measure was meant to be divisive, but the outcome, which left the treatment of infants in the hands of providers and families, shows Montanans still support one of the values ​​of the Constitution. from Montana.

“Our right to privacy is very important to us,” Abbott said.

She said a lot of people have ideas about changing Montananese rights and freedoms, but that doesn’t mean they’ll get enough support, even with a supermajority.

Bennion said Jones and Abbott demonstrated some of the best qualities of Sen. Mike Mansfield of Montana, the longest-serving U.S. Senate Majority Leader. Part of the Mansfield Center’s mission is to foster civil discourse in politics and democracy.

He noted that Jones’ tenure dates back to 2005 and he has worked in both houses, and Abbott has served since 2017 and most recently served as House Minority Leader. As such, he sought their input for the crop of around 30 freshman lawmakers.

Jones said the incoming group of freshmen is as talented a group as he saw from his side of the aisle, and includes people who are successful in their personal lives. He said they haven’t had a chance to see all the perspectives of the legislature, but they are looking to bring good change to their communities.

“Keep focusing on solving the problems,” Jones said he would advise them.

Both he and Abbott encouraged people to tell the truth and listen to others. Abbott said she would also suggest new lawmakers prepare for emotionally charged hearings because sometimes they can catch people off guard.

She advised lawmakers to start with an agreement and build from there — and Montanans agree on a lot of things, she said. However, she said it’s good when people with fundamental differences engage with each other.

“As things got more and more polarized, we all had to practice that a little more,” Abbott said.