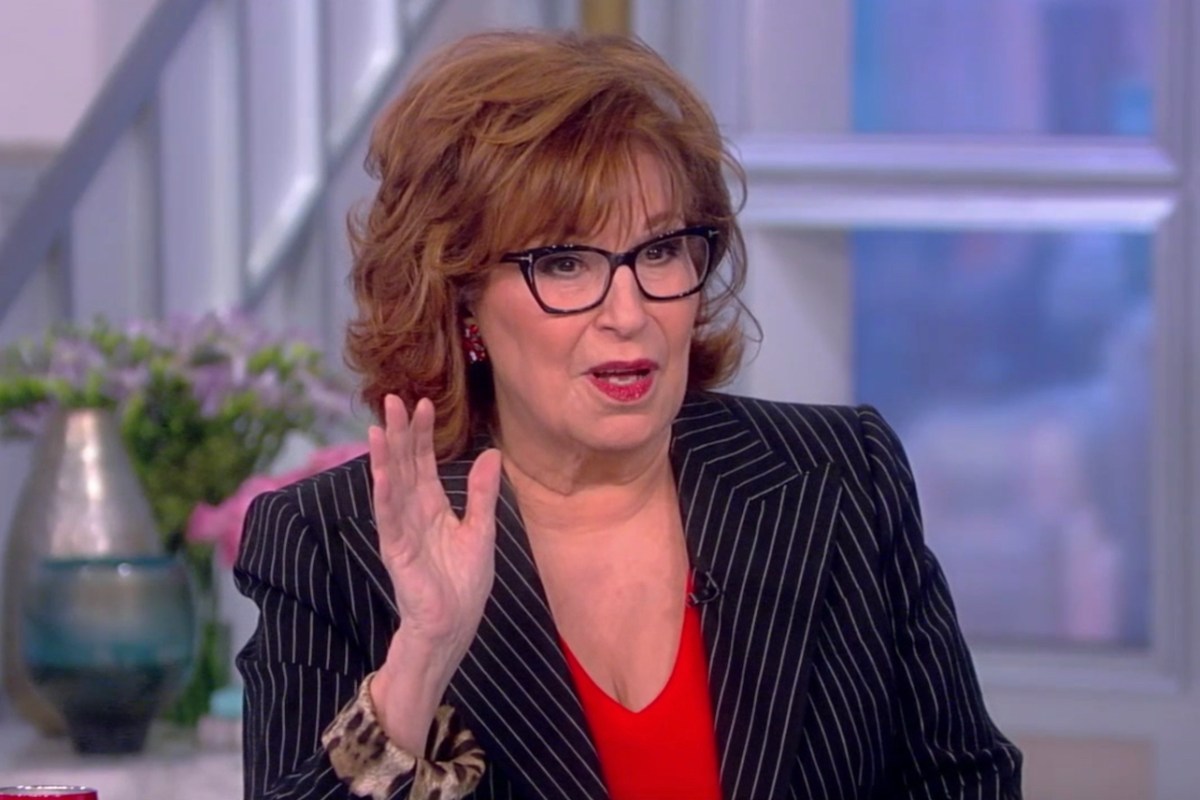 Thanks to Whoopi Goldberg’s recent suspension from View, Joy Behar put her own spin on moderating the talk show this week. So today, when the show’s topics got a little too heated, she had to ask: is this really what viewers want? After three possibly consecutive TMI topics, Behar broke the fourth wall and asked the audience to share their opinion, seemingly unhappy with the selected discussion topics.

The only hot political topic of the day was about the Olympics, and after the show’s first commercial break, it was about the personal lives of the panelists. From avoiding childbirth to sex addictions, by the time the show got into cheating, Behar was fed up with the prompts.

“I was complaining today, because we’re talking about childbirth, whether or not we should have children, and then we did sex addiction, and that topic is about adultery,” Behar said, with Ana Navarro Okay. “She complains about it”

“There must be other things going on in the world!” Navarro lamented.

“Yeah, there are, but they’re so ugly, some of them,” Behar said. “I would like to ask the public, who periodically weighs in on everything that happens on our website – every minute of every day – to see what they think. Do you want us to talk about that kind of stuff? Or do you want us to continue talking about the news? I would like to know the answer.

In the previous segment (which was about sex addictions, in case you forgot), returning co-host Star Jones revealed some spicy details about her own sex life – leading Navarro to reverse his opinion. . When the co-hosts agreed that they didn’t want to have sex every day, Jones sipped his coffee suggestively.

“Now that Star has shared that she has sex every day…” Navarro joked.

“I didn’t share that!” Jones retorted. “I said that to Joy in response.”

Anyway, in good company, View had a great time discussing non-political matters. Behar’s wish came true, however, and View fans flooded the show’s hashtag with their differing opinions. Looks like there is no unanimous answer!

@View @JoyVBehar I like when you talk about the news. That’s what I think about most of the time, and I love to hear what you guys think. One of these added when there is extra time is fine, but quite a show? Boring. #View

Yes, def talk about other things. I miss the days when the show was making stories funnier and lighter. #View

where to watch View