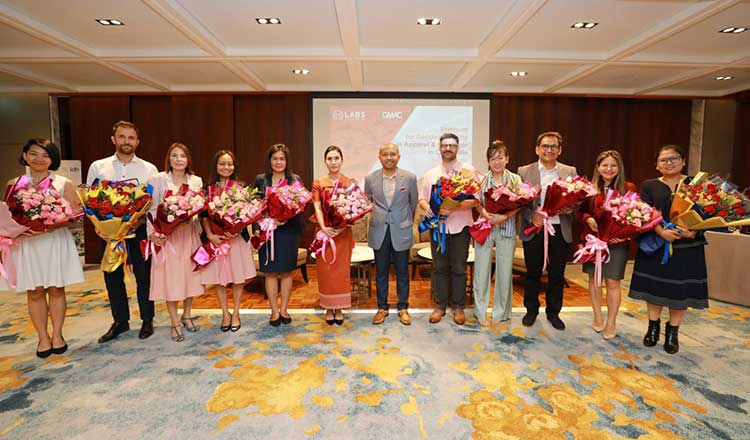 Launch of the platform for gender equality in the garment sector

In an attempt to focus on key gender issues in Cambodia’s garment and footwear industry, such as pay gaps, leadership opportunities for women and working conditions, the initiative Life and Building Safety (LABS) has launched a platform for gender equality in clothing. & Footwear in Cambodia (PGEAFC) during a workshop, jointly organized with the Garment Manufacturers Association of Cambodia (GMAC), in Phnom Penh on 2 November.

The importance of the issue can be gauged by the fact that women make up around 90 percent of the workforce in the garment sector in the Kingdom of Cambodia.

The platform will provide a neutral space for different actors to discuss and exchange ideas and ideas, highlight important opportunities to scale up interventions and help accelerate actions while facilitating coordination and alignment between initiatives.

Emphasizing the importance of gender equality in all sectors for balanced growth of the economy and society, Koung Sorita, Undersecretary of State, Ministry of Women’s Affairs, said: “We need public and private sector actors come together. solve the problem. Women are the backbone of the economy and their support directly contributes to economic growth in Cambodia and provides employment opportunities for Cambodians.

Stating that this is particularly true in the garment sector, where women make up around 90% of the workforce, Sorita said: “However, top positions are dominated by men, who are not not conducive to equitable representation. Women’s potential can be harnessed when they are protected and supported, and Cambodia will benefit from efforts to empower women in and out of the workplace.

During the workshop, participants and sector stakeholders discussed issues related to gender equality and laid the groundwork for creating a roadmap for collaborative action to learn, integrate and coordinate initiatives taken by government, civil society and private sector organizations. .

Sharing his views ahead of the workshop, Ken Loo, General Secretary of GMAC, said gender equality and safer working conditions are vital for a rapidly growing country like Cambodia.

More and more sourcing countries are moving towards a responsible and sustainable business model, he said and added: “Gender equality helps boost the local economy by providing a diverse perspective in making of decision”.

With a high proportion of garment workers being women and the sector being a key driver for employment, foreign direct investment and exports, Cambodian companies will need to rely more on diversifying the management team, investing more in increasing the workforce and listening to the voices of their team, he says.

“The Cambodian government has also been at the forefront of gender equality, with each ministry having a mandate. With this platform, we should continue to build and have the roadmap needed to ensure a level playing field within the workforce,” said Ken Loo.

According to the LABS initiative, launched in May 2022, the workshop will be held annually for an ongoing dialogue on gender equality issues. It will work in all major hubs including Phnom Penh, Kandal, Kampong Cham, Kampong Chhnang, Kampong Speu and Takeo.

Speaking on the occasion, Emerald Am, Country Manager, LABS Initiative & IDH Transforming Markets, said Prime Minister Hun Sen spoke about empowering women in entrepreneurship and this has been reflected in policies progressive, such as the five-year clothing manufacturing plan (2022-27).

“This workshop aims to add to these efforts and address the challenges of empowering women. Cambodia has been at the forefront of gender equality, but now we want to take a gender-transformative approach Am remarked.

The LABS initiative promotes safer working conditions for factory workers by assessing factories and planning for their monitoring, mitigation and remediation.

Arron Goldman, Technical Advisor and Deputy Director of the ILO’s Better Factories Program in Cambodia, said: “Our approach covers four key pillars: ending gender discrimination, developing understanding of the challenges women face , ensuring that women have a voice and are represented while helping to develop skills and leadership.

Development in these areas is important not only on a business level but also on a societal level, Goldman added.

Pramit Chanda, Global Director, Textiles and Manufacturing, IDH Transforming Markets and LABS Spokesperson, “The platform is a forum to discuss gender issues in the Cambodian garment and footwear industry. It provides a neutral space for the exchange of ideas on how multilateral and bilateral stakeholders can work with industry. »

CARE Cambodia Country Director Sovattha Neou said the cost of sexual harassment is around $89 million a year (0.52%) of Cambodia’s GDP, due to absenteeism, staff turnover , the decrease in presentism and the drop in productivity.

“Studies show that factories have experienced some 112,000 days of worker absence due to sexual harassment. We also see about a 40% loss in productivity among victims of sexual harassment. Not only must sexual harassment be eradicated for the benefit of society, but the private sector must help create a safe working environment that protects its employees while improving its productivity,” Sovattha Neou.