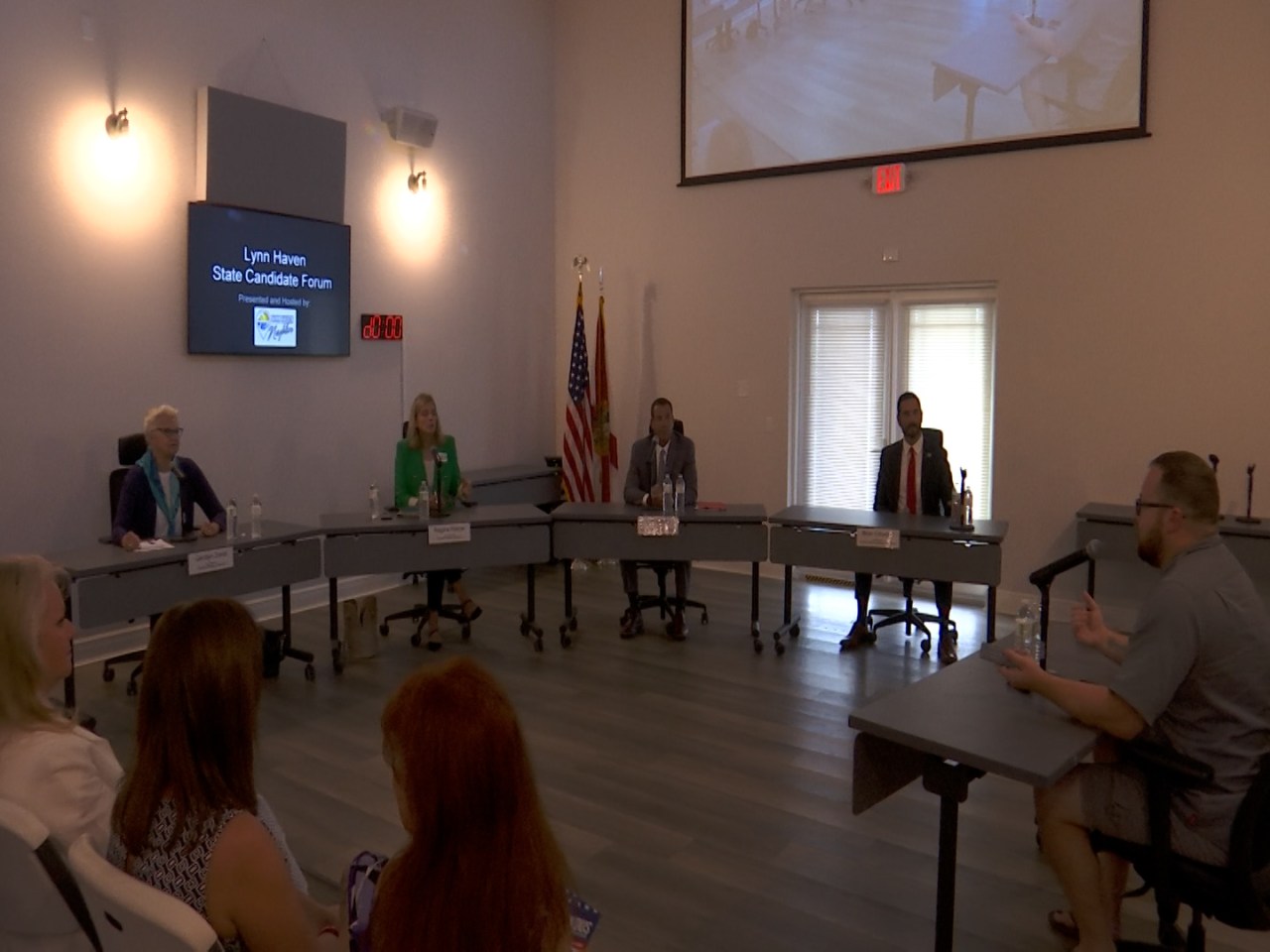 PANAMA CITY, Fla. (WMBB) — The race for state seats is getting intense as four of the five local candidates appeared at a public forum in Lynn Haven.

13 topics were discussed, but two of them seemed to get the most public attention – health was one of them.

“First, defund parenting from the plan, then reallocate that money to pregnancy centers in crisis,” Piazza said.

“What I would just like to tell you is that I am 100% pro-life. I will defend the life of any unborn child throughout this nation,” Griffitts said.

“I think the more we can do to be the pro-adoption state and provide multiple opportunities and facilities for these children to be adopted, the better off we will be in those situations,” Clowdus said.

Apparently, many residents felt excluded from their community by all the new developments.

The candidates explained their positions on the balance between growth and the needs of citizens.

“Until we start putting residents and the environment first, we have major issues,” Clowdus said.

“Impact fees should be used for the impact these developments have on our neighborhoods,” Zonia said.

“Most of our county commissioners in our district don’t even have a mission, a vision statement,” Piazza said. “They have no idea where they are going and what they came to do. It is a major problem.

Republican Senate candidate Jay Trumbull was not at the event.

The other candidates only gave each other small blows several times during the night.

It was a civil construction discussion for the most part.

If you want to watch the entire forum, click here for a link to the Lynn Haven Neighbors Facebook Page. They uploaded the full video, but you have to be part of the group.