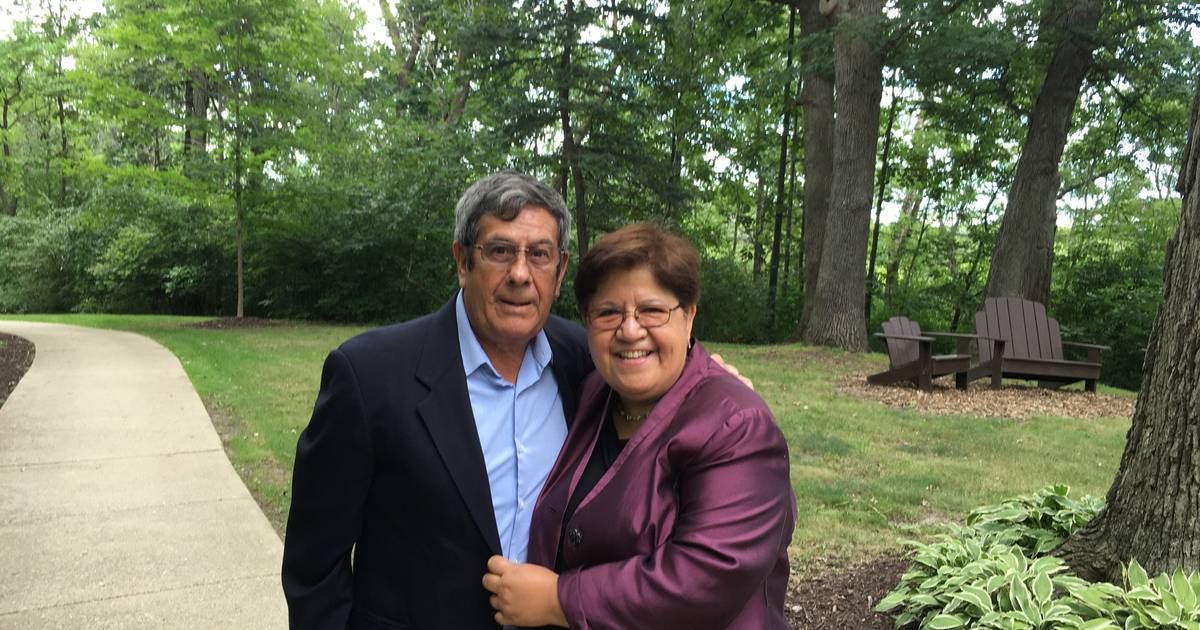 Local families, experts to share stories, tips on caring for loved ones with Alzheimer’s in free online forum – Chicago Tribune

Caring for her husband with Alzheimer’s taught Connie Saldivar all about this form of dementia, helped her understand some of her actions, and showed her how she can stay strong.

“The difference between patience and impatience is compassion and understanding, and I remind myself of that every day,” said Saldivar, 64, from Chicago.

Saldivar started working from home after her husband, Alvaro, 78, was diagnosed with the disease eight years ago. He had worked in a bakery but was beginning to forget certain recipes he knew by heart, telling himself that it was simply old age.

While her husband refuses, Saldivar has to stay with him while he watches TV or does activities because without her company he gives up. He can still go to the bathroom or bathe, although she must be nearby to keep an eye on him.

There were also practical issues, such as the removal of his access to the bank account. Soon she will have to change their life insurance policy.

Although her husband has some vexing habits common with the disease, such as hoarding tissues in his pockets, Saldivar says she also has plenty to be grateful for.

“He asked me to take care of him and he’s not aware (of his decline),” Saldivar said. “So he’s happy that way. If he knew, he would be depressed and we didn’t want that. mentioned

Saldivar said their three sons also help with their father.

It’s a situation many find themselves in, and without access to resources, it can be scary.

So, the Alzheimer’s Foundation of American is hosting a free virtual educational conference from 10 p.m. to 12:30 p.m. on May 4 that will touch on much of what Saldivar and others whose families have been touched by the disease are dealing with. Participants can also ask questions to the experts. Registration is at www.alzfdn.org/tour.

Among the speakers, Dr. Sanford Finkel, clinical professor of psychiatry at the University of Chicago Medical School and a clinician specializing in geriatric psychiatry, will discuss a person’s legal rights and mental capacity to make or change a will. , as well as the risk of fraud.

Amy Delaney, Certified Elder Law Attorney, will discuss legal strategies caregivers should consider once loved ones are diagnosed with dementia.

“People with dementia tend to be very vulnerable,” Delaney said. “They can often fall victim to phone or internet scams and lose significant sums to scammers before the family becomes aware of the problem.

“Having surrogate decision documents in place can be a tremendous benefit in preventing or minimizing the potential financial loss and emotional turmoil associated with such scams,” said Delaney, president of the National Academy of Elder Law Attorneys in the Illinois and professor emeritus at the John Marshall School of Law.

There will also be the testimony of a carer of Luisa Echevarria, who helped to treat her grandmother and then her mother suffering from Alzheimer’s. Echevarria is also a board member of the Alzheimer’s Foundation of America and is the former Director of Community Empowerment for Univision Communications, Inc. in Chicago.

News from the southern suburbs delivered every Monday and Wednesday

“The only thing that helped her was spending time with her and doing the little things she loved,” Echevarria said.

At the time her mother was diagnosed, Echevarria noticed that she wore the same clothes every day, became argumentative and sometimes said things that sounded like gibberish.

When her parents moved to Florida, they found an adult daycare center in her mother’s home that focused on memory issues and offered art and music therapy, which allowed her to live at home much longer. . His family is originally from Cuba and the establishment offered Cuban food and the staff was bilingual.

Echevarria said it was crucial for caregivers to get loved ones to a neurologist first and work as a family. His mother also began giving away heirlooms to distant cousins, making the conference’s legal advice particularly relevant.

“You could touch and hug and that helped me because it was a way for me to communicate that didn’t involve language and helped because people like to be hugged and loved by their loved ones,” Echevarria said. .

Janice Neumann is a freelance journalist for the Daily Southtown.