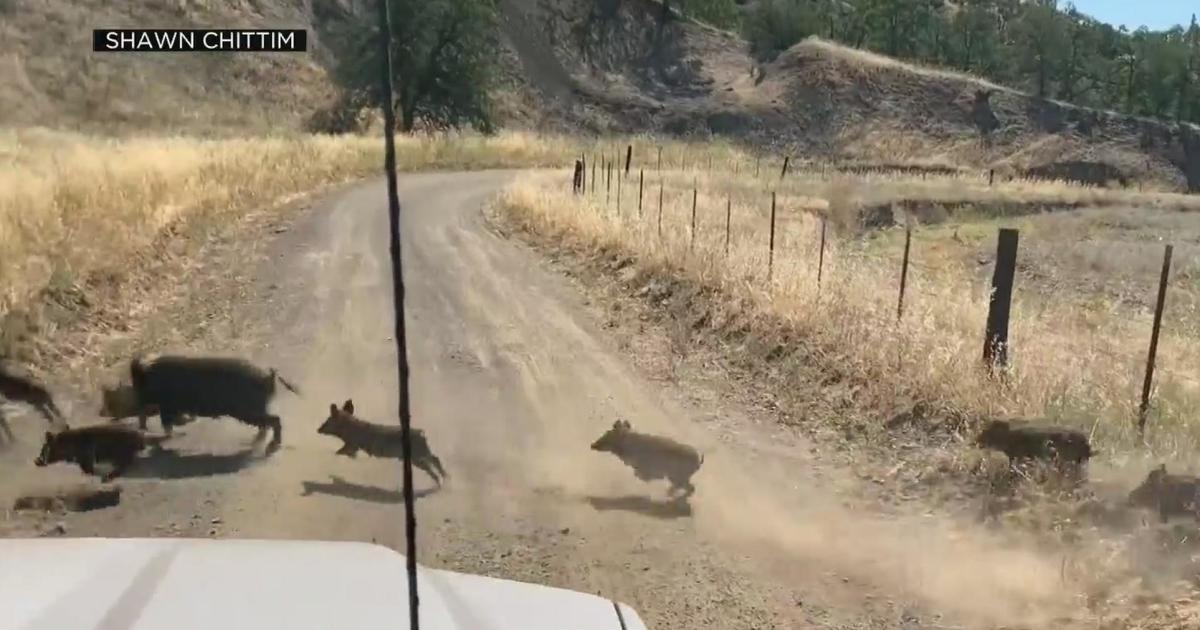 SANTA CLARA — An online forum held Thursday examined California’s growing feral pig problem and how to reduce the danger and damage they cause in the state.

Up to 400,000 non-native feral pigs are thought to be found in the state, with the animals found in 56 of its 58 counties, according to an opening presentation at the forum hosted by the California Department of Fish and Wildlife and the State’s Fish and Gaming Commission.

The growing number of pigs isn’t just a California problem — they were found in 544 counties across the country 40 years ago, but are found in 1,915 counties in 2020, said Ari Cornman, wildlife adviser for the Fish and Game Commission.

Their numbers have grown rapidly because they reproduce quickly and are “incredibly smart,” Cornman said. The animals are nocturnal, can find ways to evade control methods, and they “eat just about anything and live in just about any habitat,” he said.

Matt Sharp Cheney, a resource management specialist with the Bay Area-based Midpeninsula Regional Open Space District, called wild pigs “biological rototills” because they use their powerful snouts, tusks and hooves to dig the ground as they forage for food, damaging vineyards. , other farmlands and wild lands in the process.

They are also known as a reservoir for a long list of diseases like tuberculosis, salmonella, influenza and have contributed to outbreaks of E. coli and other foodborne illnesses, according to Brandon Munk of the state Department of Fish and Wildlife.

Munk said African swine fever is another disease that has been reported elsewhere in the world and “knocked on our door” as a potential threat in the United States.

State legislation attempting to address the feral pig problem awaits Governor Gavin Newsom’s signature. Senate Bill 856, introduced by State Sen. Bill Dodd, D-Napa, would loosen regulations and reduce hunting fees to kill feral hogs, including allowing someone to kill an unlimited number of pigs and prohibiting anyone from intentionally releasing a pig to live in the wild.

SB 856 brought together some strange political companions — animal rights group Humane Society of the United States and various hunting groups both opposed the bill — but it passed without a vote in the Senate. and to the State Assembly and was sent for the Governor’s signature in late August. Newsom has not yet signed it into law and has until September 30 to do so.

Eric Sklar, a member of the state’s Fish and Game Commission, said he hoped the bill would become law, but said, “It’s a complicated problem and the solutions are complicated.”

Roger Baldwin, a professor at the University of California, Davis who specializes in human-wildlife conflict, said some other states don’t allow wild pig hunting at all, saying they’ve found that the amount of pigs had increased and they had popped up in new places because people were carrying the animals around for hunting occasions.

Other states use methods banned in California, such as Texas where they use “air control,” in which crews board helicopters and shoot wild pigs from above, said Dennis Orthmeyer, director of Report to the United States Department of Agriculture. Animal and Plant Health Inspection Service, Wildlife Services.

Orthmeyer said he saw an example of 2,600 feral pigs being removed from a Texas property in a week, but the practice of aerial control of a game mammal is banned in California.

According to Chris Lopez, a member of the Monterey County Board of Supervisors and rural California county officials, the state’s current drought is also making the problem worse by forcing pigs to move to more urban areas to find food. water and food.

“The drought is pushing the pigs out of the hills towards human life,” Lopez said. “They are more willing to interact with humans or at least get close.”

Human-wildlife interactions in the Bay Area involving feral pigs are highest in Santa Clara County, according to background papers included for Thursday’s meeting. Santa Clara County includes the area that is now the town of Morgan Hill, but was previously known in the 1800s as Ojo del Agua de la Coche, Spanish for “source of pork,” notes the city ​​on its website.

Dana Page, natural resources program coordinator for Santa Clara County Parks, said their county and others are trying to use physical barriers to keep feral pigs away from some sensitive areas, but some of the larger The county’s problems are its campgrounds where people leave food. which the animals can access so that “the pigs have become acclimatized to the food sources there”.

Sklar, a member of the state Fish and Game Commission, said the commission plans to return to the subject of wild pigs at its meeting next month once it is clear whether Newsom will sign SB 856.

More information about wild pigs in California can be found at https://wildlife.ca.gov/Conservation/Mammals/Wild-Pig.