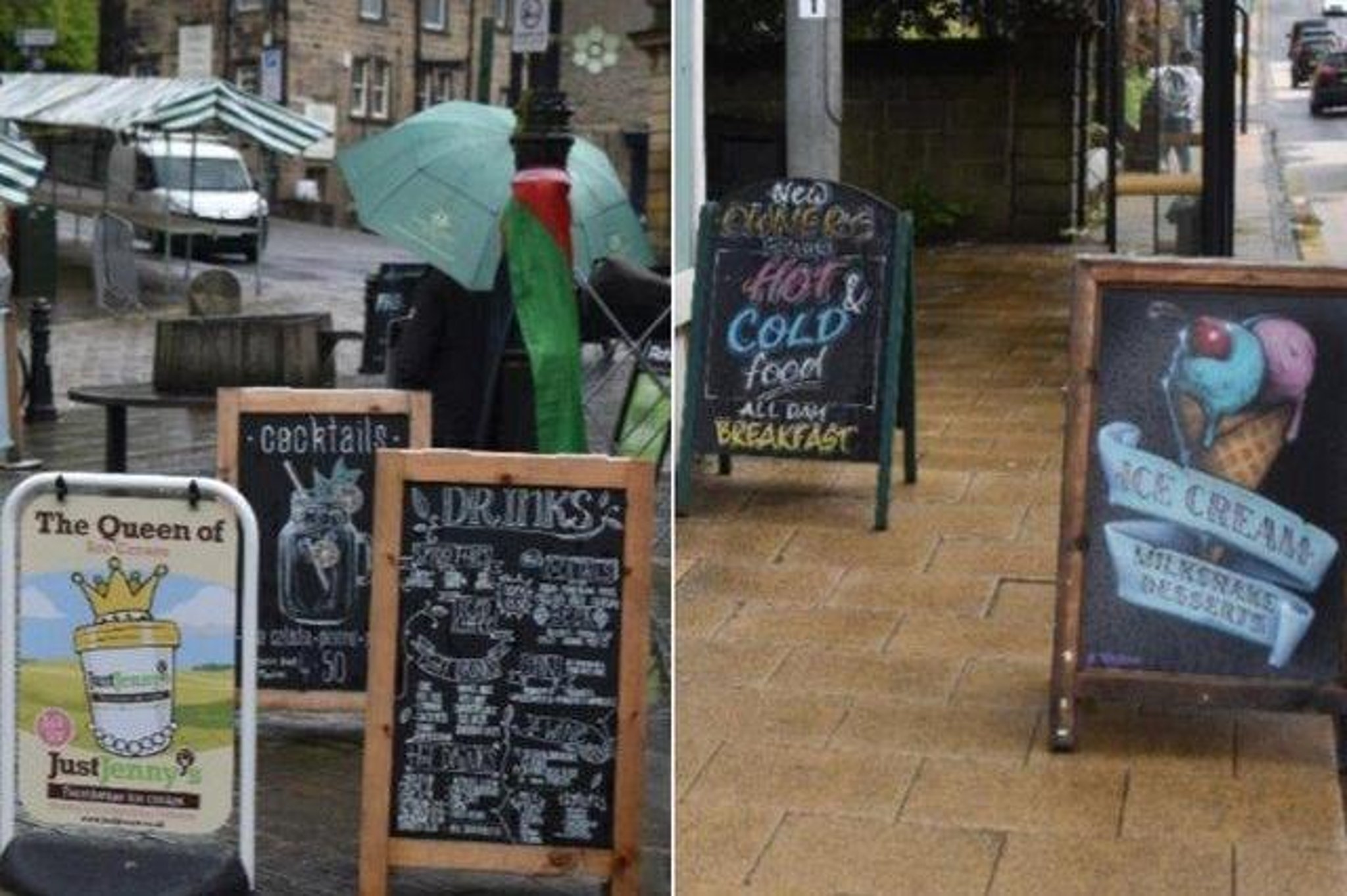 Recently, Control Advisors heard firsthand from people with visual and other impairments about the problems they’ve had getting around town because of “A-Boards” on the sidewalk.

Calderdale Council Cabinet had agreed to test a policy limiting board meetings at Hebden Bridge, but members agreed it needed much more scrutiny.

Cabinet Member for Regeneration and Strategy, Councilor Jane Scullion (Laboratory, Luddenden Foot) said there was no national or local policy on the boards, so any policy would be an improvement, but it needs to be examined further.

The newsletter mute the noise

“It’s maybe that we were maybe a bit hasty because we were keen to respond to the kinds of things that people were saying about some of the incidents that they had experienced, in terms of people in particular who are visually impaired who tripped over A-Boards on the streets and had nasty accidents.

“But we accept that it’s good to think again and reflect,” she said.

Councilor Scullion said doing nothing was ruled out as an option and outlined the options that would be considered.

One was the originally proposed policy which would mean that 1.8 meters of carriageway should be clear of any obstruction – at Hebden Bridge there are very few carriageways over 1.8 meters which would have the effect of a total ban.

A second option, which many cities had introduced, was to license A-Boards in a particular location to a particular company, for a small fee.

Designated areas were a third option, the fourth being a total ban on A-Boards throughout the borough.

It was important that any policy chosen was clear to the public, businesses and the council’s community guards who would have to enforce it on a street-by-street basis, otherwise there would be no point in the council not being able to enforce it, Councilor Scullion said.

“We are keen to respond as quickly as possible, particularly where we have the most complaints and that is in particular Hebden Bridge, which suffers from narrow pavements and has the benefit of a lot of tourism and a forum of solid business,” she said.

Councilor Scott Patient (Laboratory, Luddenden Foot), Cabinet Member for Climate Change and Resilience, said the council’s new policy on green and healthy streets could also inform some of the work – its aims not only include the creating more pleasant places for people, but also active travel.

At the Adult, Health and Examination Council, some visually impaired speakers said they encountered major problems with A-Boards.

But Coun Patient said one aspect of COVID has seen cafes move tables to outdoor spaces and it’s worth noting this has opened them up to people whose disabilities have previously prevented them from using them.

Councilor Josh Fenton-Glynn (Lab, Calder), Cabinet Member for Adult Services and Wellbeing, said the interests of business must be balanced with those of people and spending a lot of time talking to businesses knew their concerns.

It was all about balance and getting it right, he said.

“Our goal is to make our streets as accessible as possible to people with various forms of impairments and disabilities, people with strollers, but also thinking more generally about the spaces we pass through,” he said.