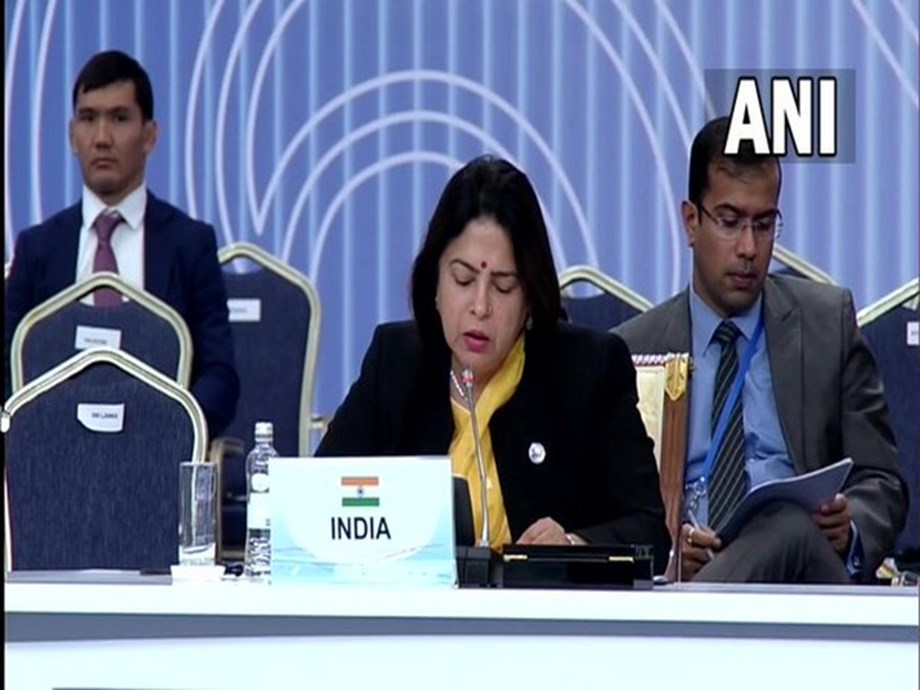 By Ayushi Agarwal In a stern response to Pakistan, India on Thursday said Islamabad misused the CICA platform to spread its false and malicious propaganda against India and advised the neighboring country to bring order at home instead of preaching to the global community.

“It is regrettable that Pakistan has once again chosen to abuse the CICA platform to spread false and malicious propaganda against my country and distract from the theme and focus of today’s discussions. hui and cooperation between member states. The union territories of Jammu and Kashmir and Ladakh have been and will remain an integral part of India. Pakistan has no right to comment on internal affairs of India,” State Minister for External Affairs Meenakshi Lekhi said at the CICA summit in Astana, Kazakhstan. “Pakistan’s remarks today constitute blatant interference in internal affairs, the sovereignty and territorial integrity of India, which is inconsistent with the CICA Declaration on Principles Governing Relations Among CICA Member States of September 1999,” she added.

“Pakistan must immediately cease anti-Indian cross-border terrorism and shut down its terror infrastructure. It will do well to end the serious and persistent human rights abuses in Pakistan-occupied Jammu, Kashmir and Ladakh (PoJKL) refrain from making any further major changes in the status of PoJKL, and vacate the Indian territories which are under its illegal and forced occupation,” the minister added. Lekhi said India wishes normal relations with all its neighbours, including Pakistan.

“Pakistan is therefore urged to follow the chops in creating an enabling atmosphere, including taking credible, verifiable and irreversible steps to ensure that no territory under its control is used in any way for cross-border terrorism against the India,” she said. adding that such steps will allow the two countries to engage and resolve issues bilaterally rather than diverting this important international forum from its cooperation agenda. Earlier, during the Sixth CICA Summit, the Prime Minister of Pakistan mentioned Jammu and Kashmir and said that it is India’s responsibility to take the necessary steps to commit to results-based solutions .

The 6th summit meeting of the Conference on Interaction and Confidence Building Measures in Asia (CICA) is held in Astana. As one of the founding members of ICCA, India has supported ICCA initiatives and participated in various ICCA activities.

On the sidelines of the CICA Summit, the Minister will also have bilateral meetings with senior dignitaries and ministers from other participating countries, including Kazakhstan. India maintains close and friendly ties with Kazakhstan, underpinned by cultural and historical ties. Lekhi’s visit comes at an opportune time as two countries mark the 30th anniversary of the establishment of diplomatic relations. This visit will further boost the momentum of India’s bilateral relations with countries in the region.

Member States, while affirming their commitment to the Charter of the United Nations, believe that peace and security in Asia can be achieved through dialogue and cooperation leading to an indivisible common security area in Asia where all States coexist peacefully. and their peoples live in peace. , freedom and prosperity. With 27 member states and about half of the world’s population, the CICA is the largest regional intergovernmental forum in Asia for enhancing cooperation to promote peace, security and stability in Asia. (ANI)

(This story has not been edited by the Devdiscourse team and is auto-generated from a syndicated feed.)