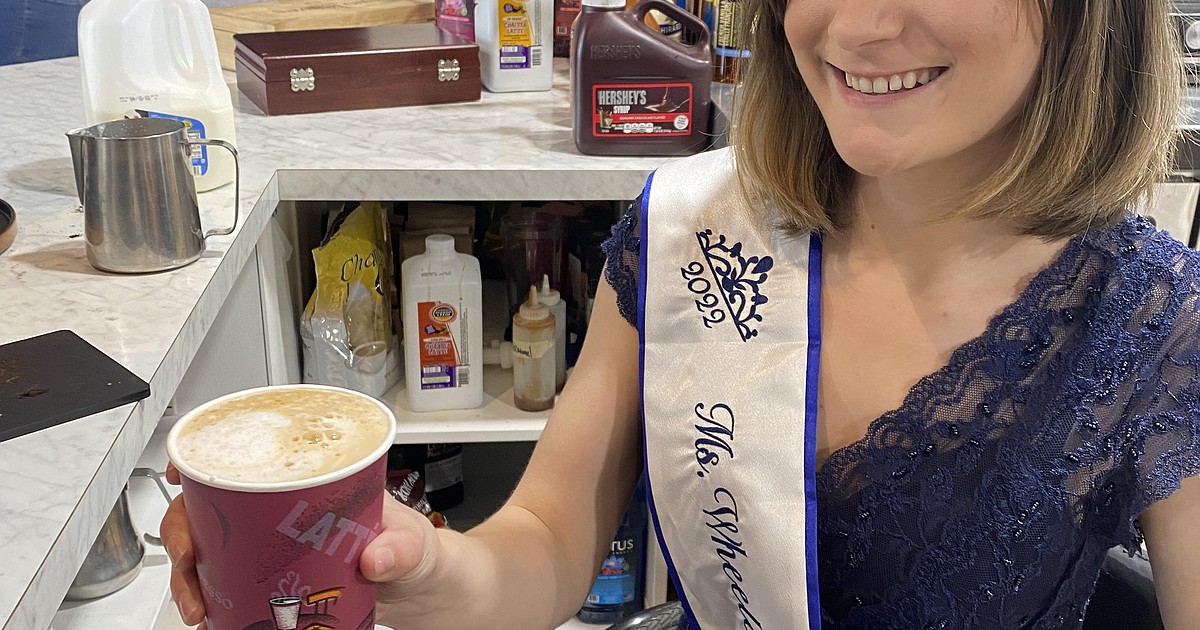 Picking up her platform and rolling with it

HAYDEN — Most employees just walk into their workplace each day and do their job. For Mrs. Wheelchair Idaho 2022, Jessica Bellefeuille, achieving this requires some adjustments.

Newly crowned on March 6, Bellefeuille uses her platform to shine a spotlight on the need for advocacy and accommodation in the workplace for those who live and work with a disability.

“Because most people don’t have a voice. When they see someone stand up, metaphorically in my case, they are inspired to do something themselves,” Bellefeuille said. “That’s what I was taught. If you see something and want to change it, you step out and change it.

An industrious 21-year-old, Bellefeuille says she has experienced years of workplace discrimination.

Bellefeuille lives with a neurological condition called paroxysmal dyskinesia, an “episodic movement disorder in which abnormal movements are present only during seizures.” She was also born 10 weeks premature with cerebral palsy which caused weakness in her entire left side, she said.

Bellefeuille is ambulatory, but uses her wheelchair for her safety and stability. A full-time barista at the Village Bakery, she also studies journalism at North Idaho College.

In previous posts, Bellefeuille was told it was her fault that she had a disability. Employers were unwilling to make accommodations for her to work from her wheelchair, she said in an interview with The Press on Tuesday.

In terms of access to public buildings, Bellefeuille has experienced construction workers who were unwilling to move their tools to allow her passage, and elevators that were not regularly maintained, sometimes preventing her from getting to where she was. had to go.

Bellefeuille is about to change that. Although the ADA laws were signed nationwide into effect in 1992, accommodation requirements are not always met or easily accessed.

“This is my forum. To talk to businesses, business owners, employers, employees, about what it really means to introduce a wheelchair into the workplace,” Bellefeuille said. “Because it’s not something you see very often.”

Businesses don’t realize how important it is to make accommodations, Bellefeuille said. People have skills that should not be overlooked because of their disabilities.

“I want to insist on that. It’s so important for life skills. If you have a veteran who becomes paralyzed and comes home from war, what is he going to do? said Bellefeuille. “He has the skills of the army. But how can he apply them? How can companies finally say yes to people in wheelchairs? »

Bellefuillle’s parents, Dana and Todd, owners of the Village Bakery in Hayden have set a great example, being a workplace that accommodates disabilities and special needs of all kinds. Employing around forty people, the Bellefeuille family gives everyone who wants to work a chance to shine.

“I feel heard here. I don’t have to ask to be heard here,” Bellefeuille said. “There’s an understanding when you walk through those doors – if you’re having a bad day of pain, work as long as you can and we’ll make accommodations from there.”

Very often, ADA compliance doesn’t equal ADA convenience, Bellefeuille said. For example, the path through a park may be ADA compliant, but that does not mean children with disabilities can access the play equipment.

“Just because we fought for our rights in the ’90s as a popular band doesn’t mean we’re done fighting,” Bellefeuille said. “When are we going to start treating people like people? When will we see continued progress? »

Bellefeuille plans to compete nationally for Ms. Wheelchair America in August in Michigan. Companies obligated to work with Ms. Bellefeuille to promote workplace accommodations or to sponsor her as she continues her service as Ms. Wheelchair Idaho, may contact her directly at [email protected]