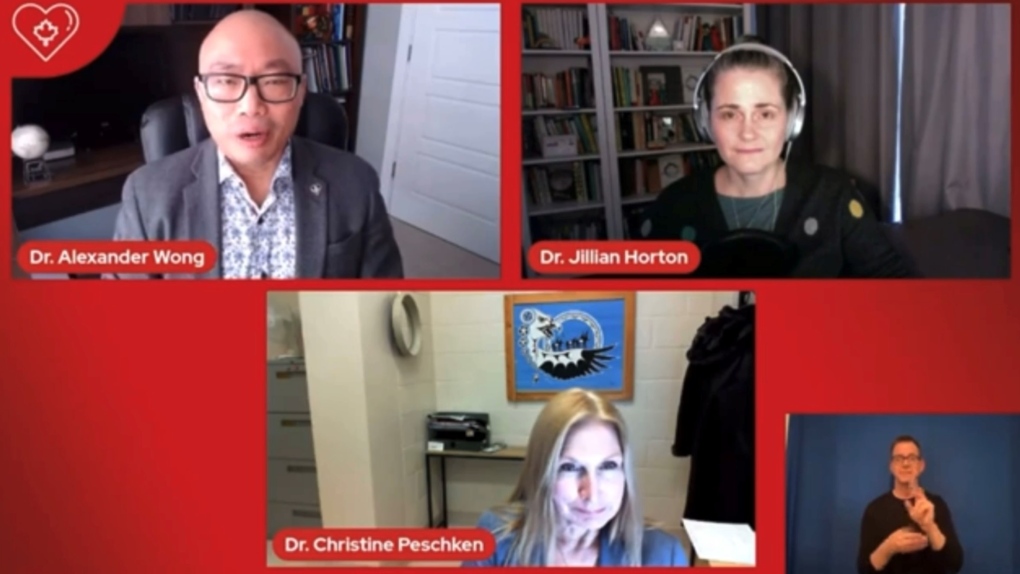 Protect Our Province Alberta hosted these forums with physicians across the country to give them the opportunity to compare restrictions and new data.

During the forum, Dr. Alex Wong, an infectious disease specialist, discussed Saskatchewan’s relaxation of the self-isolation period for COVID-19 positive residents and close contacts that came into effect on Friday. .

Wong said the province’s hospitals are already booming, adding that this move by the province comes at a bad time.

“We anticipate that, unfortunately, things will get worse for our hospitals and intensive care units, probably over the next couple of weeks, before they get better. We also expect to see an increase in rural Saskatchewan in the coming weeks,” Wong said.

He added that he wishes the province had waited two to four weeks to give the number of hospitalizations a chance to drop before exposing residents to more human contact.

Manitoba doctors on the forum said the province has more public health orders in place than Saskatchewan, but hospitals are also filling up quickly.

“When we look at what’s happening in hospitals, we see the most activity we’ve seen throughout the pandemic,” Horton said.

She added that hospitals in that province are experiencing staffing shortages similar to those in Saskatchewan.

On Friday, Manitoba extended its current public health orders, which now run until Feb. 8. Audrey Gordon, Manitoba Minister of Health. Also hinted that restrictions may be eased in the near future.

In Saskatchewan, Premier Scott Moe pledged to end the province’s vaccination proof mandate in the “near future” in a letter posted on social media on Saturday.

“It will only add fuel to the fire and obviously it will not be a positive thing for our hospital system, our intensive care and the general crush that we are going to feel for healthcare workers,” Wong said. .

Horton added that there is a recent urgency to get to a new normal, adding that provincial governments should consider the urgency of mitigation.

Wong and Horton reminded viewers that vaccinations, boosters and rapid tests are good defenses against the virus.