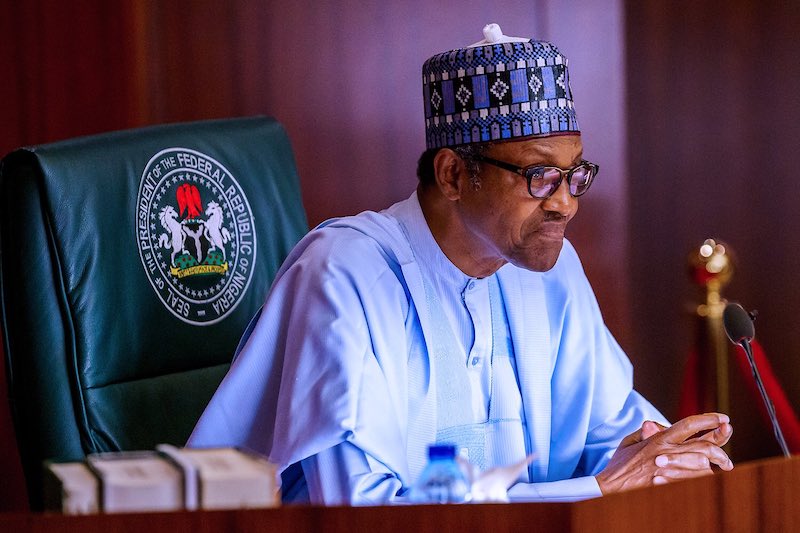 President Muhammadu Buhari and his counterparts from Algeria, South Africa as well as the Ethiopian Prime Minister under the aegis of the “G4” have decided to strengthen the platform for resolving the various problems facing the African continent.

In a meeting on Thursday ahead of the 6th EU-AU summit being held in Brussels, Belgium, the four African leaders used the forum to discuss crisis areas on the continent with a view to finding practical and effective solutions.

According to a statement released yesterday by Presidential Spokesperson, Mallam Garba Shehu,
President Buhari and his colleagues underscored the need to reinvigorate the G4 within the African Union (AU) as a platform to bring African countries together, coordinate actions and reactions for the whole continent in a more proactive and examine how decisions within the AU could be better implemented.

They also agreed to convene a formal summit to chart a roadmap for Africa in the coming months.
The G4 Platform, an initiative of Ethiopian Prime Minister, Abiy Ahmed, was set up to discuss and propose solutions as well as aggregate positions to ensure that the African Union continues its work successfully, efficiently and expeditiously. .

Also on Thursday, President Buhari held a bilateral meeting with the President of the Czech Republic, Milos Zeman, who renewed his country’s confidence in the Nigerian leader and in Nigeria as the most important country in ECOWAS as well as the one of the largest in Africa.

Zeman expressed his country’s readiness to revitalize the Joint Commission mechanism between the two countries to improve qualitative, diplomatic and people-to-people relations.

The Czech leader specifically expressed his interest and desire for stronger collaboration and partnership in military cooperation and especially in equipment to help Nigeria build its security capabilities.

President Zeman, who informed that the Czech Republic would take over the Presidency of the European Union (EU) in July, also said he was ready to partner with Nigeria in the areas of agriculture and health and decided to convene a consultative meeting prior to the EU Presidency. meeting, in order to help quickly establish the agenda for his presidency.

He invited the Nigerian Minister of Health to attend the Consultative Meeting of Highly Respected Countries in Prague in May 2022 and also invited President Buhari to visit his country in the year 2022.

While President Buhari accepted both invitations in principle, assuring that the proposals would be considered through the appropriate diplomatic channels, he asked Nigeria’s Minister of Health to attend the meeting in May.

On revitalizing relations between the two countries and deepening partnerships in military cooperation, equipment procurement as well as agriculture, President Buhari assured his guest that he would work with the proposals.