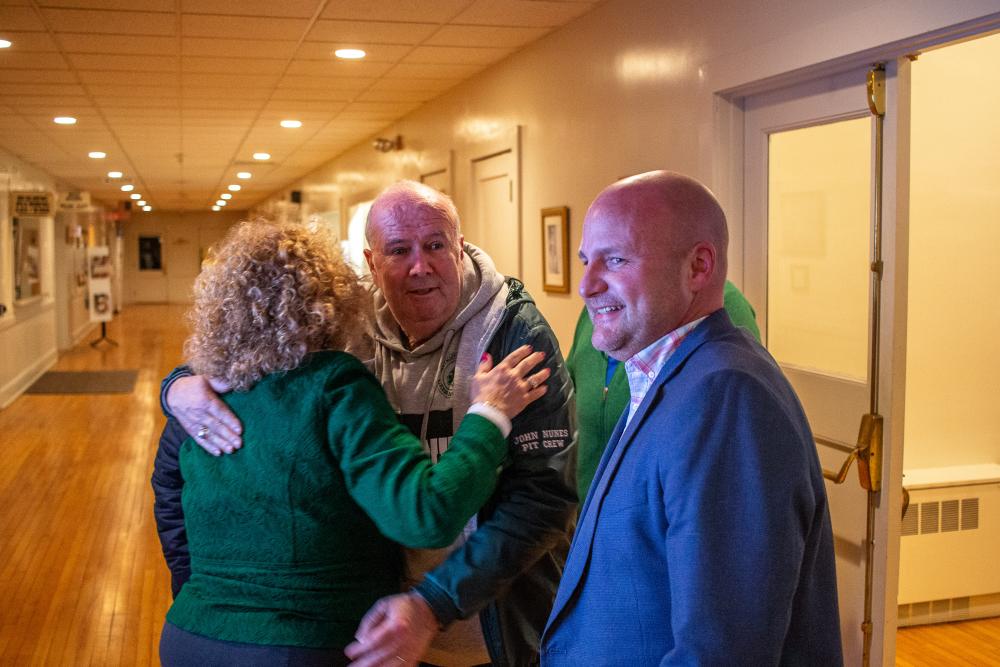 Dartmouth voters have made their views clear to school officials that they want the school’s controversial Indian name and logo to remain.

According to unofficial results, 4,048 residents voted in the April 5 election’s non-binding referendum to retain the symbol. 969 voted to delete it.

Ultimately, the school committee has the final say on the fate of the logo.

“Today, the people of Dartmouth made history in historic numbers,” pro-logo group, Defend Dartmouth wrote in a press release.

The group urged school officials to comply with the referendum results by keeping the name and logo or face possible recall efforts.

“If the school committee does not act, we will,” the group wrote.

The election was also a big night for new faces on city councils and committees.

“Girls come to the table,” Brooks said with a smile.

With the win, the newly elected Select Board member said she wanted to move beyond divisive issues like the Indian and focus on cleaning up Bliss Corner and tackling the city’s ongoing water quality issues. town.

“There are a lot of other issues going on and people feel like they don’t have a voice,” she said. “There is a way to do this together and rebuild the pride of Dartmouth.”

In the case of the school committee, incumbents Chris Oliver and John Nunes retained their seats, obtaining 2,942 and 3,203 votes respectively.

“I’m very happy – and of course congratulations to my colleague, Mr. Nunes, for beating me,” Oliver said. “I look forward to continuing my work with the other committee members and meeting the needs of students emerging from the pandemic. »

“It feels good,” Nunes said, as the final results came in showing him top of the school committee’s three nominees. “I’m grateful to voters for having confidence in me, even after 31 years.”

Both Nunes and Oliver said they saw the results of “Question 1” – on whether to keep the Dartmouth High Indian logo – as a mandate for the school board to settle the matter “once for all” by reaffirming the icon.

“Obviously the message has been sent,” Oliver said, adding that the committee should now “meet” on the matter.

Nunes went even further, stating his intention to call a vote at the next meeting to “put this to bed and move on to bigger issues.”

The next school board meeting is scheduled for April 25.

In the last contested race, Lisa Tufano will complete the late Suzanne McDonald’s term on the library board.

Tufano beat challenger James Griffith by just 135 votes in what was the closest race to the election.

The seat will be available again next year.

All other races were uncontested.

Parks and Recreation Board members James Vieira and Joseph Vieira were both re-elected to their seats, as were current Board Chair Shawn McDonald and Assessor Kevin Santos.

Michelle Keith was also elected to replace Lynne Brodeur on the Board of Health. Brodeur chose not to run again this year.

This story will be updated.