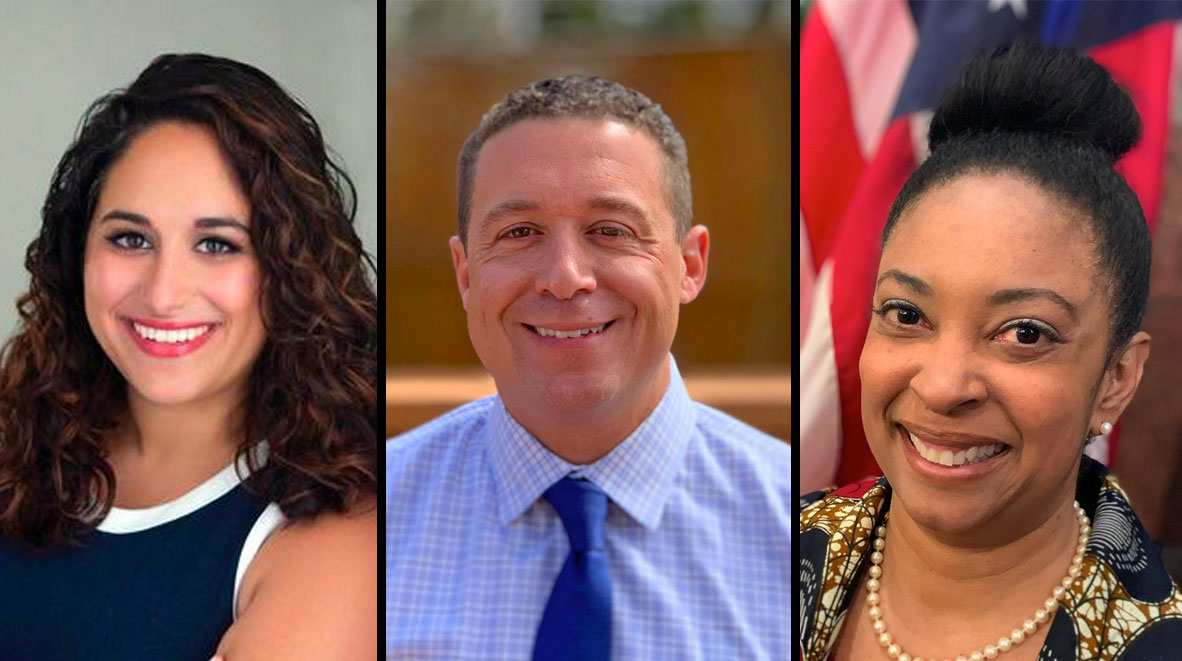 School board candidates speak out on budget in online forum | ARLnow

The November school board candidates are weighing how they might approach the prospect of further cuts to the Arlington Public Schools budget next year.

The pandemic has forced Arlington Public Schools to cut millions from its budget this year, and additional budget pressures may be ahead. The candidates – independent candidate Symone Walker, and Cristina Diaz-Torres and David Priddy, who received the Democratic endorsement – were asked about it during a online forum last Tuesday (September 8), hosted by the Civic Federation of Arlington County.

Walker said she thinks “we need to ask the county for more money.”

“What we absolutely cannot do is cut funding for programs and teaching,” Walker said. “It cannot be sacrificed under any circumstances or to any program requiring equity. We need to look at how we waste funds and how we rationalize and save funds. We could have done that by replacing iPads with cheaper Chromebooks. »

Diaz-Torres said the community should have more say in which action is best.

“I think it’s a really important place where collaboration is absolutely key: work best with the community to identify where we can make cuts,” Diaz-Torres said. “But also, collaborating at different levels of government. The reality is that the only way out of this 20-25% budget deficit is with a significant investment from the federal government.

Priddy said the budget cuts won’t be easy and will require a deft hand.

“Your budget is made up of: 80% for your operations and salaries, 10% for debt service, and that leaves your middle 10% where that’s what we need to look at and historically,” he said. he declares. “Arlington has been looking at cutting programs instead of cutting staff and I think we’re going to do the same thing.”

“That’s where my work experience comes in,” Priddy continued. “I’ve had many decisions about what to cut and what’s in the best interest of the company and that way it will be the community and being from Arlington and knowing Arlington policies, I know that I am the right person to make these decisions.

Another topic of conversation was whether the APS should try to use the parks to build new schools. the candidates have widely said it was an option that should be considered, but not to say that it should in fact be pursued.

The candidates, who also spoke ahead of an online meeting of the Arlington Committee of 100 this week explained why they were showing up for what is usually a pretty thankless job. There are two vacancies on the school board this fall, after incumbents Nancy Van Dorn and Tannia Talento decided not to seek new terms.

Diaz-Torres pointed out that she is a “former teacher and education policy expert” who wants to “create an education system where all students have the ability to succeed, regardless of race, income or socioeconomic status. “.

Priddy introduced himself as an “Arlington Public Schools parent of two sons, business leader and lifelong Arlingtonian, running for one of two open seats on the Arlington County School Board because I know that with good planning we can rebuild more fairly and APS transparent.

Walker said she is “an APS parent and education activist, serving the school community for the past decade, and also most recently as co-chair of the NAACP.”

Walker added that she is “coming to the school board to be an instrument of change because a lot of things need to change.”

“The opportunity gap hasn’t closed in decades, the reading curriculum leaves students farther behind, struggling students graduate semi-literate, our black and Latino students perform far below their peers white and Asian,” she said.

The election will take place on Tuesday, November 3.