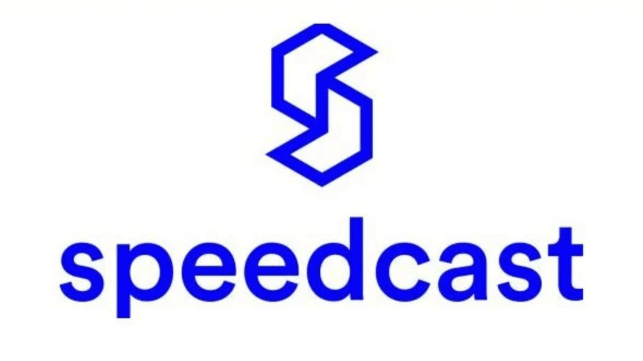 
Houston, Texas – May 25, 2022 – Speedcast today announced that in response to growing demand in the cruise and energy markets it serves, the company has significantly expanded its Unified Global Platform (UGP ), adding 13 Gbps of capacity to its network over the past month. Speedcast operates one of the largest technology-agnostic networks in the world. Following this latest expansion, the platform now includes 30 Gbps of total bandwidth, which the company leverages in the design and deployment of comprehensive managed connectivity solutions for customers in the energy, passenger and transportation markets. commercial shipping, and business.

The size of Speedcast’s network now significantly exceeds the company’s pre-pandemic levels in 2020. This record growth was driven in part by the cruise industry, which is expected to return 51 ships to service in the month alone. of May. Many cruise line restart plans include ships returning to 100% capacity, and with May’s additions, just under 350 ships and more than 550,000 berths will be in service globally. Demand for high-availability connectivity also continues to grow on the energy front, with Global Offshore Platform Reports released this month showing a sharp increase in daily rates for jackups and floats, and overall rig utilization at its highest level in seven years.

The rapid network expansion was made possible in part by the company’s TrueBeam automated network management technology, which runs on the back of Speedcast’s UGP. TrueBeam enables truly proactive monitoring, automatically selecting the optimal network path for a remote site without human intervention using a fast and consistent process for fast, error-free switches.

Algorithmic technologies are key to delivering the enormous multi-path, multi-orbit capability of the Speedcast network with high quality of service. The intelligent system understands, predicts and mitigates network challenges based on changes in the operating environment, giving remote sites the ability to switch between satellites and between routes to seamlessly maintain communications, even when entering and leaving the coverage area of ​​a satellite beam. The company filed patents on the smart grid management solution earlier this year.

“The rapid scale-up of capacity achieved by Speedcast really shows the power of software-defined networking,” said Joe Spytek, CEO of Speedcast. “We are able to bring the concept of ubiquitous connectivity to a remote site for the best user experience. We incorporate all available network technologies and options (multi-lane and multi-orbit) to deliver the most cost-effective connectivity solutions with the highest levels of availability and flexibility. Being technology independent, we can also protect the customer against the risks of technological obsolescence and loss of service linked to dependence on a specific network. »

Speedcast completed the extensive upgrade over a five-week period in April and May and expanded its terrestrial network to include the addition of a new teleport to support the additional capacity, enabling access to a wider range of satellite infrastructures. Speedcast’s UGP includes multi-orbit options for high-demand applications. The company’s future-ready SD-WAN service, delivered through its SIGMA platform, seamlessly integrates multiple transmission paths into a single, optimized and secure service to dramatically improve performance and scale customers’ operations to to maximize what remote sites can achieve. The cloud-based SIGMA platform recently received technical validation from Amazon Web Services (AWS), appointing Speedcast as an AWS Software Path Partner.

Speedcast also recently announced that it will integrate Low Earth Orbit connectivity into its UGP as an official OneWeb Channel Partner, ensuring maritime, energy and enterprise customers benefit from a multi- paths and multi-orbits. Customer demonstrations and trials of the low-latency solution are scheduled to begin next month.


The products and services described in this press release are not endorsed by The Maritime Executive.