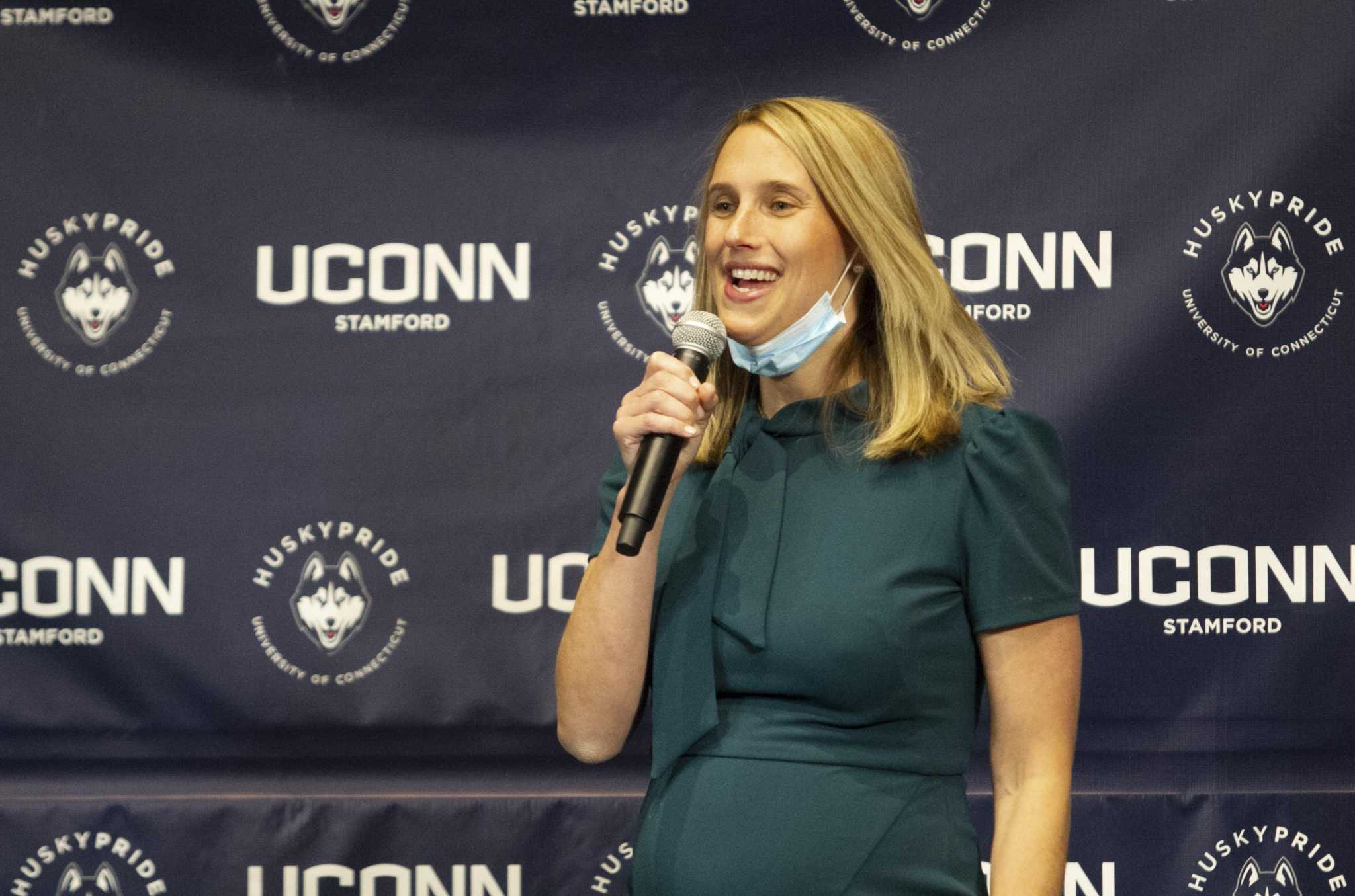 STAMFORD — Mayor Caroline Simmons, who is expecting to give birth on Wednesday, took the time before starting her own maternity leave to update residents on maternal health services in the area.

Simmons said the city will be launching a diaper drive in the coming weeks, with businesses and residents being asked to donate.

“We all know how expensive diapers are and how important they are to the health and well-being of a new baby, as well as the peace of mind it gives new parents to have an adequate supply of diapers,” Simmons said in an online forum on Monday.

So far Ferguson Library, Yerwood Center and Stamford Police Department have agreed to have drop boxes parked at their locations, she said, and the Salvation Army is ready to help. collection and distribution.

Simmons, who expects to give birth and begin maternity leave on Wednesday, already has two boys: Teddy, 3, and Jack, 1. She said Monday that she and her husband, Art Linares, a former Republican senator, had decided on a name for their third son and would announce it later.

“We couldn’t be more excited, but admittedly also a little scared to be outnumbered with three kids,” said Simmons, who gave birth to Teddy and Jack while serving as a Democratic state representative in Stamford.

“But I also want to acknowledge that I was so blessed and privileged to have had excellent prenatal care and to have already given birth twice at Stamford Hospital and just to have this support network in place” , Simmons added. “And I want to make sure that we make sure that every single mother has this network of support and resources in place during what is such a joyful time in life, but can also be such a difficult and demanding time. “

It can be especially difficult for families today, Simmons said, with the rising cost of living and the ongoing COVID-19 pandemic. She said her administration was also “well aware” of disparities in health outcomes for women of color.

“We know specifically that the risk of maternal and child mortality and pregnancy-related complications can be significantly reduced by improving access to quality prenatal and postnatal care,” she said.

Leslie Sexer, program manager for Family Centers, also spoke at the forum, noting that the Connecticut Office of Early Childhood gave the nonprofit a grant last year to expand its free program. Parents as Teachers, which supports first and second time. parents living in Stamford, Greenwich, New Canaan and Darien.

After Sexer, Alice Knapp, the director of the Ferguson Library, spoke about Friends of the Ferguson Library. Baby Books Programthen Edith Presley, the new chair of the Stamford Cradle to Career partnership, who talked about a child development app called Sparkler created for children from the age of 5 and their families.

Simmons said she hopes to host more maternal and child health forums in the future.