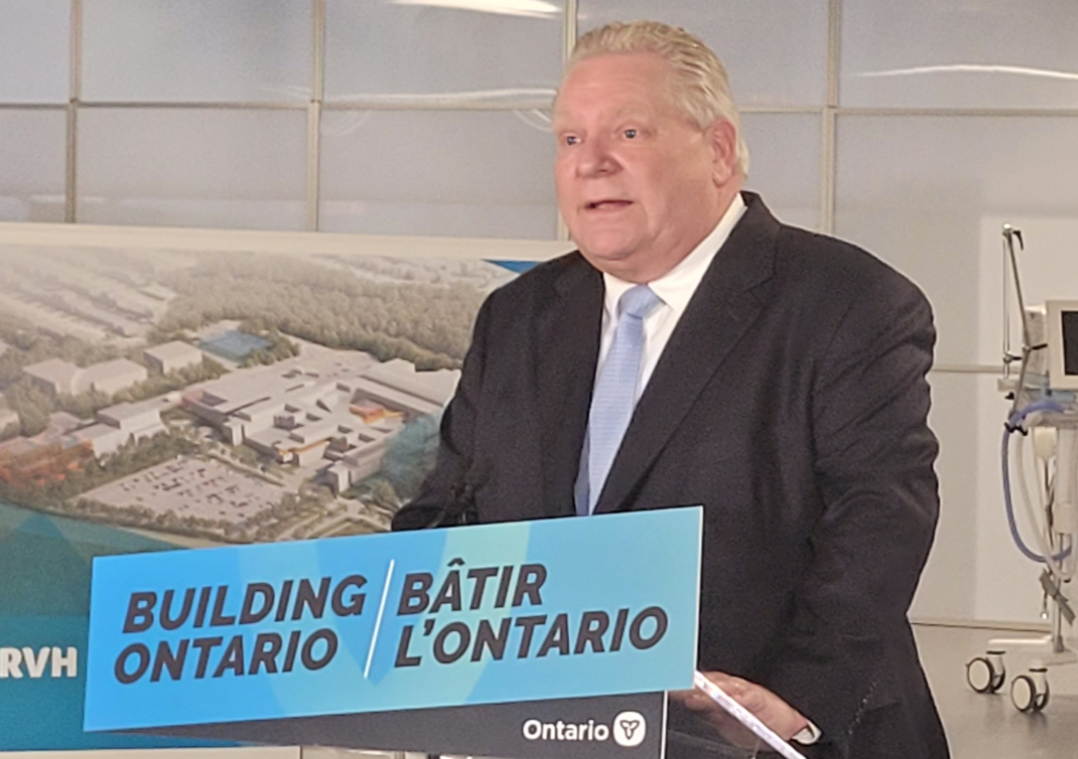 “The chief medical officer is the expert. He did his due diligence, he consulted with other military doctors,’ the premier said during the stop in Barrie

As school mask mandates are lifted as children return to class after March Break, Premier Doug Ford has issued a message to school boards looking to challenge the new directive.

During a stop in Barrie on Friday for an announcement at the Royal Victoria Regional Health Center (RVH), Ford was asked about lifting the mask mandate on March 21 and how upset some school boards were about the move.

The Hamilton-Wentworth District School Board on Thursday voted to continue masking until April 15, as a precaution when children return after break and socialize during their week off.

Ford was asked what he would say to school boards that defy an order to lift mandatory masking.

“Let me be clear for the school boards — they are not medical experts. The chief medical officer is the expert. He did his due diligence, he consulted with other doctors, whether it was Dr. de Villa (Toronto) or Dr. Etches in Ottawa, he does not take these decisions lightly,” the premier said.

“But our expectations of school boards, with the exception of parents who want their children to put on masks, follow the instructions of the chief medical officer — plain and simple. That’s what we expect and hope they do,” Ford added.

Although masking is no longer mandatory, public health officials still encourage it.

Ford was also asked about those worried about masks being lifted, especially immunocompromised people and the elderly.

“I would say keep your mask on. It’s going to be an option, that’s the direction we got from Dr Moore and as you can see across the country,” he said. “British Columbia announced it was dropping it today. They just announced it and bang, dropped it.