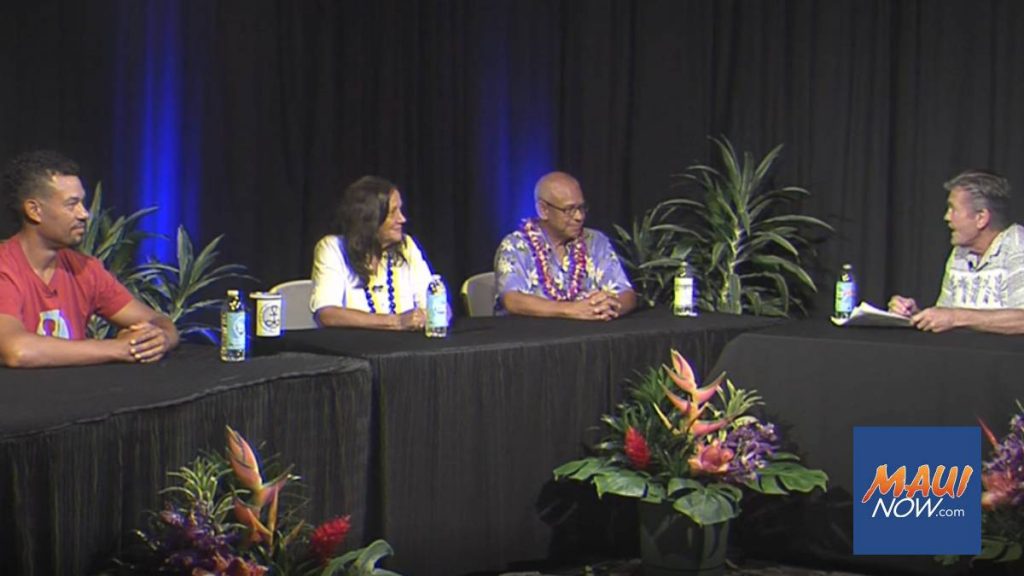 Three Maui County mayoral candidates unveiled on Saturday what they would do to manage tourism at a time when the islands have reopened to near-record visitor numbers.

Author and publisher Alana Kay, Maui County Councilman Mike Molina, and eco-cultural tour guide Jonah Lion each said the issue would be a priority in their jurisdictions. The three discussed ways to balance the key economic driver with residents’ quality of life, infrastructure needs and the preservation of natural resources.

“This is a case of Maui being loved to death,” Molina said.

The three spoke about other key topics, including affordable housing, homelessness, water issues, budget priorities and economic diversification, during the forum at the invitation of the mayor of Akakū on Saturday at the headquarters of the point of sale in Kahului.

The forum, which aired live on Akakū on three channels, also invited contestants Cullen Bell and Kim Brown, who were unable to attend. It was moderated by Chivo Ching-Johnson, Director of Akakū Government Access.

At Saturday’s forum, Molina said tourism management would be a priority if elected mayor and that a “carrying capacity study” would be carried out. He said he supported in council a hotel moratorium that puts a pause on new visitor accommodation so the impacts of over-tourism can be investigated.

Although Maui doesn’t need more marketing because it’s in high demand, Molina said the narrative needs to change for Hawai’i, which is not a place to visit, “frolic and do crazy things “.

“Come here with reverence, a bit like going to Rome,” he said. “You don’t go to Rome to party and do all sorts of things, you go for the respect it exudes and the cultural and historical aspects.”

While tourism is an important part of the economy, high visitor volumes have major impacts on infrastructure, residents’ quality of life and natural resources. Recent state data showed Maui County had its highest monthly visitor numbers since the pandemic. Economists predict it will be a few years before the county and state hit and surpass the all-time highs set in 2019, when visitors hit more than 3 million for Maui County and more than 10 million for Hawaiʻi.

Molina said tourism management could include a reservation system for Hāna and other culturally sensitive areas, a fee system for non-residents in county parks, and collaboration with industry stakeholders and the community on the way forward.

“We really have to respect the residents’ quality of life,” he said.

Kay said tourism management is also one of his “main subjects”. She said many locals agree the island has reached a point of over-tourism.

“We have an ongoing carrying capacity crisis,” she said. “I think a lot of us feel that way.”

Instead of one person dictating how tourism should be managed, Kay said the community needs to come together to discuss what tourism management means and put all ideas on the table.

“We need to come together as a community and decide what managed tourism is, it’s not something one person should be dictating as it impacts everyone – just like the shutdown the did in 2020,” she said.

As a guide that teaches visitors about the health of ecosystems, tourism can be a way to educate.

Right now, however, it’s a “zoo over there”. Lion described Hāna as a madhouse in various places and said there should be more training and protocol for entering the culturally sensitive area. Visitors should perhaps not travel to Hāna without a qualified guide, an approach that would help create jobs for local residents.

Management needs to bridge the gap between the resident experience and the visitor experience, he said. HTA studies have shown correlations between resident and visitor satisfaction.

Maui and other nearby islands are more dependent on tourism, economists say. Candidates proposed ways to diversify the economy away from the visitor industry.

Kay emphasized agriculture. Lion said Maui must continue to grow its own food, as well as crops such as hemp. Molina emphasized education, training of health professionals, and agriculture as ways to diversify the economy.