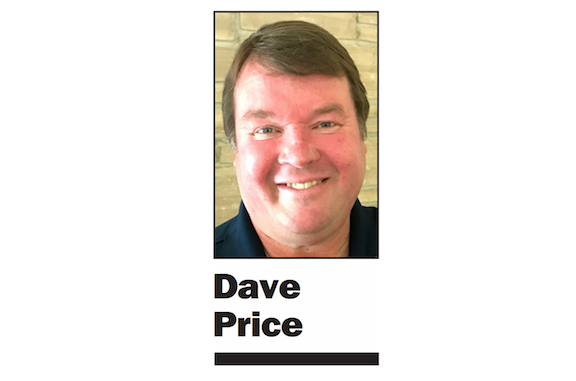 Giselle Hale’s decision to step down from the Assembly race came as a surprise.

As reported in Saturday’s Post, Hale said she decided to drop out due to the negative impact the publicity had on her two daughters, ages 5 and 8.

It’s hard for me to understand how Hale, a Redwood councilman and 2022 mayor, didn’t realize the campaign would include personal attacks. That’s how it is these days.

A generation ago, two candidates could have a cordial discussion on a subject without personally attacking each other.

Do you remember the stories about President Reagan and Democratic House Speaker Tip O’Neill? During the working day, they discussed the problems. But at the end of the day, they could put aside their differences and share some whiskey.

Today, a candidate is likely to be called a racist or a homophobe if he says the wrong thing. And even if your opponent doesn’t put you down, a mob on Twitter will attack your character.

Regardless of the facts of an issue, it’s about insulting your opponent and destroying their reputation.

I meet people all the time who would make good local leaders, but they say they’ll never show up because of meanness.

I’m surprised Hale didn’t know that when she signed up to run.

Seven candidates are running for the 21st Assembly District seat vacated by Kevin Mullin, who hopes to be elected to Congress. In the June primary, Papan was first with 31% of the vote. She reportedly faced Hale in November, who got 20%.

Due to the timing of Hale’s announcement – after the primary registration period – third-place candidate Republican Mark Gilham will not travel to face Papan.

Papan and Hale are both Democrats. Perhaps the big difference is that Hale had the support of YIMBY activists and unions who wanted more housing while Papan was backed by the housing sector.

Papan is now the de facto winner of the seat. The November election is just a formality.

New York plans to hire an independent auditor to review the state’s response to the Covid pandemic, reports the Associated Press. The report will include a planning guide for future emergencies and will look at the number of deaths in care homes, the reopening of schools and the closure of businesses.

It is crucial that an external and independent organization carry out such an audit. You cannot ask officials to investigate their own conduct because they will simply say that everything they did was right.

It’s time to think about it before the evidence is destroyed and memories become hazy.

Among the questions I have are:

1. Was it necessary to keep schools closed for so long?

2. Who in Santa Clara County decided it was a good idea to impose stricter restrictions on churches than Home Depot or Costco? The United States Supreme Court also had a problem with this and ordered the churches to reopen.

3. The first vaccines became available in December 2020 and the county was still distributing them six months later. Who screwed this up?

4. Santa Clara County Health Officer Dr. Sara Cody frequently ordered new restrictions without disclosing the science behind those decisions. If the county “follows the science,” what was the science? And what do other healthcare professionals think of these decisions.

5. Why was the per capita death rate from Covid higher in Santa Clara County than any other county in the Bay Area?

6. How many suicides have there been in the two counties due to lives being changed by Covid? How many businessmen have committed suicide because everything they worked for was destroyed by an executive order from the county health department?

7. How many county employees received “Covid bonuses” even though they were working from home during the pandemic?

Let’s hire outside investigators to get to the bottom of these issues once and for all. The next time there is a pandemic, we don’t want to repeat the same mistakes.

2022-07-27
Previous Post: Sharjah Film Platform Pitching Forum launches screenwriting competition in UAE
Next Post: I become conscious on stage; it will be a great learning platform for me : Paras Kalnawat on…