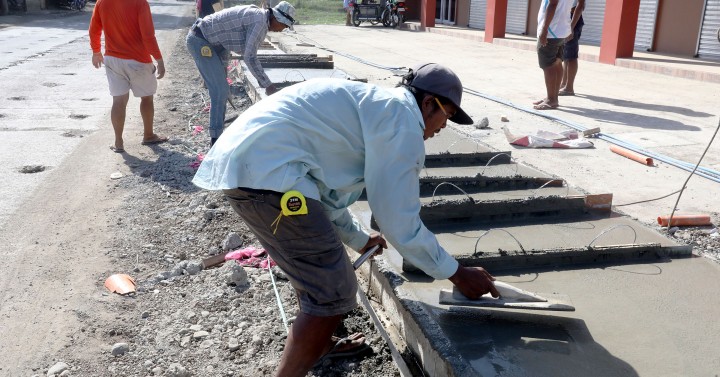 MANILA – The Department of Labor and Employment (DOLE) has ordered all wage boards nationwide to review the need to increase workers’ wages amid soaring oil prices.

“I have activated the wages councils since they have been mandated, to continue to monitor our wage levels and based on their assessment of economic powers and consultation with key stakeholders who are represented on the wages councils , the tripartite councils with economic advisers, the National Economic Development Authority (NEDA), the Department of Trade and Industry (DTI) are studying, observing the economic factors in all regions,” the Secretary to the Work Silvestre Bello III in a virtual forum.

Bello said regional tripartite wage and productivity boards (RTWPBs) across the country will accelerate the review of minimum wages as soaring fuel prices continue to weigh on the local economy.

“The daily minimum wage PHP537 (National Capital Region) is a bit of a problem for us because of the price spike, that’s why you can hear drivers, operators asking for an increase (in the tariff),” he said. -he declares.

Bello said relentless fuel price hikes, which have been aggravated by the ongoing dispute between Russia and Ukraine, could be a compelling reason for wage councils to recommend minimum wage adjustments for workers.

He added that councils could start making their assessments on the matter by the “last week of March”.

“I hope that before the end of April or May they already have recommendations. We also need to pay attention to the adjustment of wages to strike a balance between the needs of the workers and the existence of the employer,” Bello added.

National RTWPBs are responsible for receiving requests for minimum wage increases in their respective areas.

“Each year we have what we call an anniversary period where we take stock of all the petitions received. A petition called for a uniform increase of PHP 750 in the minimum wage across the country,” Bello added. (NAP)