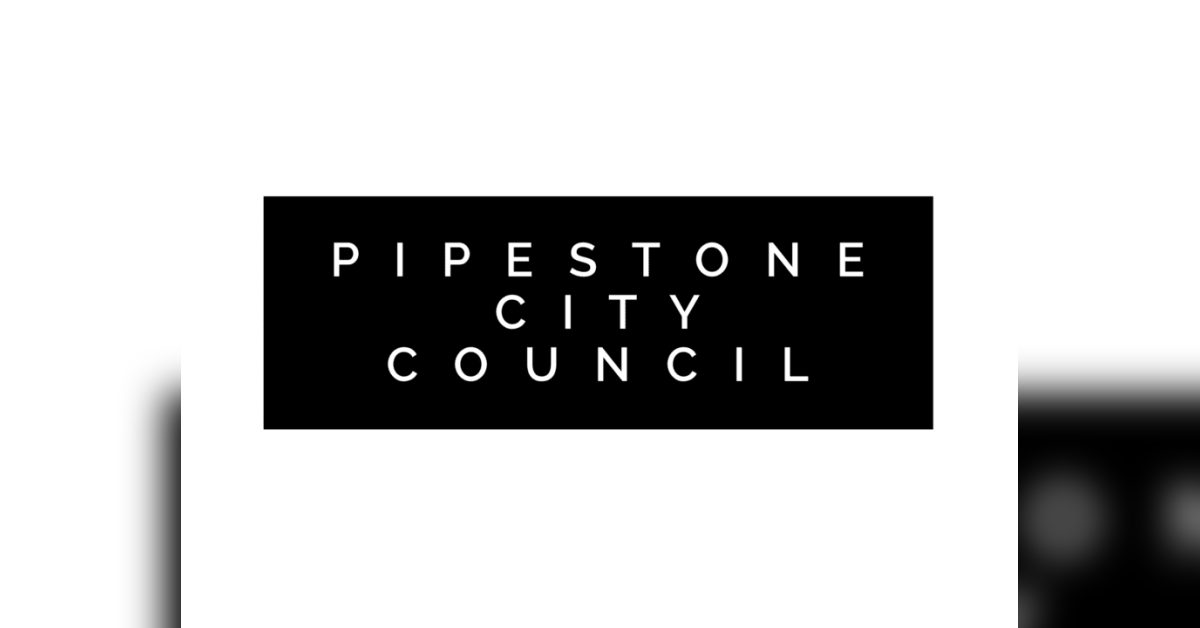 Wide variety of topics covered in the planning session

The future of the library

Council members expressed a strong desire to continue to have a public library at the middle and high school of Pipestone area schools.

This consensus followed Councilor Dan Delaney asking what was most important to his fellow council members as he, Councilor Justin Schroyer and Plum Creek Library System Council member Evan Schiller prepare to represent the city. in negotiations with the school district to work on a new public library agreement.

Delaney said the fact that the school district expressed to the city that it wanted to renegotiate the public library deal seemed positive.

“To me, that means it’s not a dead end,” Delaney said. “It means they are interested in continuing.”

Delaney said he doesn’t think it’s unreasonable for the school district to ask for a new agreement to be drawn up.

“We have a 25 year old agreement and let’s face it schools have changed the way they operate in the last 25 years because of the culture we’re in and some of the things that have happened in the schools. school districts, so I can see why they want to update this,” he said.

Pipestone Mayor Myron Koets and City Administrator Jeff Jones said that if it helps reach a new deal, the city could likely handle payroll for library workers, which is currently being done by the school district. Regarding the security concerns expressed by the school board, Koets installing a door with a bell system at the main entrance of the library seemed like a possible solution.

“Where the community library librarians office is right now, they can see anyone and everyone coming,” Koets said. “They could go into the first set of gates and into the second gates they would have to be buzzed.”

Koets said the Minnesota Department of Education (MDE) must review any potential agreement to ensure it meets state requirements to be considered a public library and therefore eligible for related benefits. Being a public library allows a library to receive interlibrary loan access to books and DVDs, access to databases, technical support, professional development and networking opportunities for library staff, and more, according to a letter from Director of State Library Services and Expanded Learning for MDE Tamara Lee to Jones, dated February 11. The board suggested that any potential deal also be reviewed by a lawyer to ensure it meets state requirements.

The council also discussed potential options if a new deal could not be reached, such as alternate locations for a public library.

Koets said that since the formation of the city’s Human Rights Commission about a year ago, some indigenous people in the community have indicated that they were offended by the pipe on the Pipestone Municipal Liquor sign. Store.

“There are indigenous people, a good percentage of them, who are into pipe spirituality and resent the presence of pipes in the liquor store because one of their purposes is to ‘encourage alcohol moderation,’ Koets said.

“Where does it end,” he asked.

“If we want to be sensitive to other religions and other cultures, then we have to act,” Koets said.

He suggested the city get an award to remove the pipe from the liquor store sign and also to update the sign near Harmon Park at the intersection of State Highway 23, State Hwy. 30 and US Highway. 75 for easy editing of messages.

“What happens in the winter is one person has to sit outside by the sign and use the laptop to change the message and the other person can sit in the car from there. across the road to see if everything is okay,” Koets said.

He said a new system would allow the message to be edited from a mobile phone.

Council members, at their regular meeting following the planning session, approved the preparation of tender plans and specifications and the publicity of tenders for the projects. Bids will be opened at the board meeting on April 4.

Travis Winter, principal engineer at Bolton & Menk, said during the planning session that he had yet to see any bids for 2022 projects, but had heard reports of “a lot of volatility on the market” in the first offers elsewhere.

“It’s possible that the bids will be higher than expected just because of the materials and all the other things going on right now,” Winter said. “Fuel prices are rising, there is obviously the conflict abroad which seems to affect the market. There are a lot of unknowns right now. »

Supply issues could also lead to projects being completed later in the year than expected, or even next year.

“The good thing is we’re going out early,” Winter said.

Expansion of the industrial park

Council members also discussed the possible expansion of the city’s industrial park. Koets said there was land for sale in the industrial park that was not owned by the city.

Jones said people inquired about a city-owned open lot near JBS on the freeway. 75, but that nothing can be built there because it is an approach for the grass runway of the airport. Delaney said he would consider eliminating the grass track if there was a business that wanted to build on that land.

“As for the expansion of the industrial park, I think we should look for additional space to the east if possible, but I don’t see a real pressing need unless we get some business coming in. “, did he declare.

Koets said it was “a chicken and egg situation.” Should the city wait for a company to express a desire for land and then expand or expand so that the land is available if desired?

He suggested that the next industrial park development should be south of the city where there is a railway siding, which he said was requested from the South West Regional Development Commission.

Koets asked how much effort the council wanted to put into exploring a possible expansion of the industrial park at this time. Councilor Jim Stout suggested inquiring about the cost of land as a starting point.