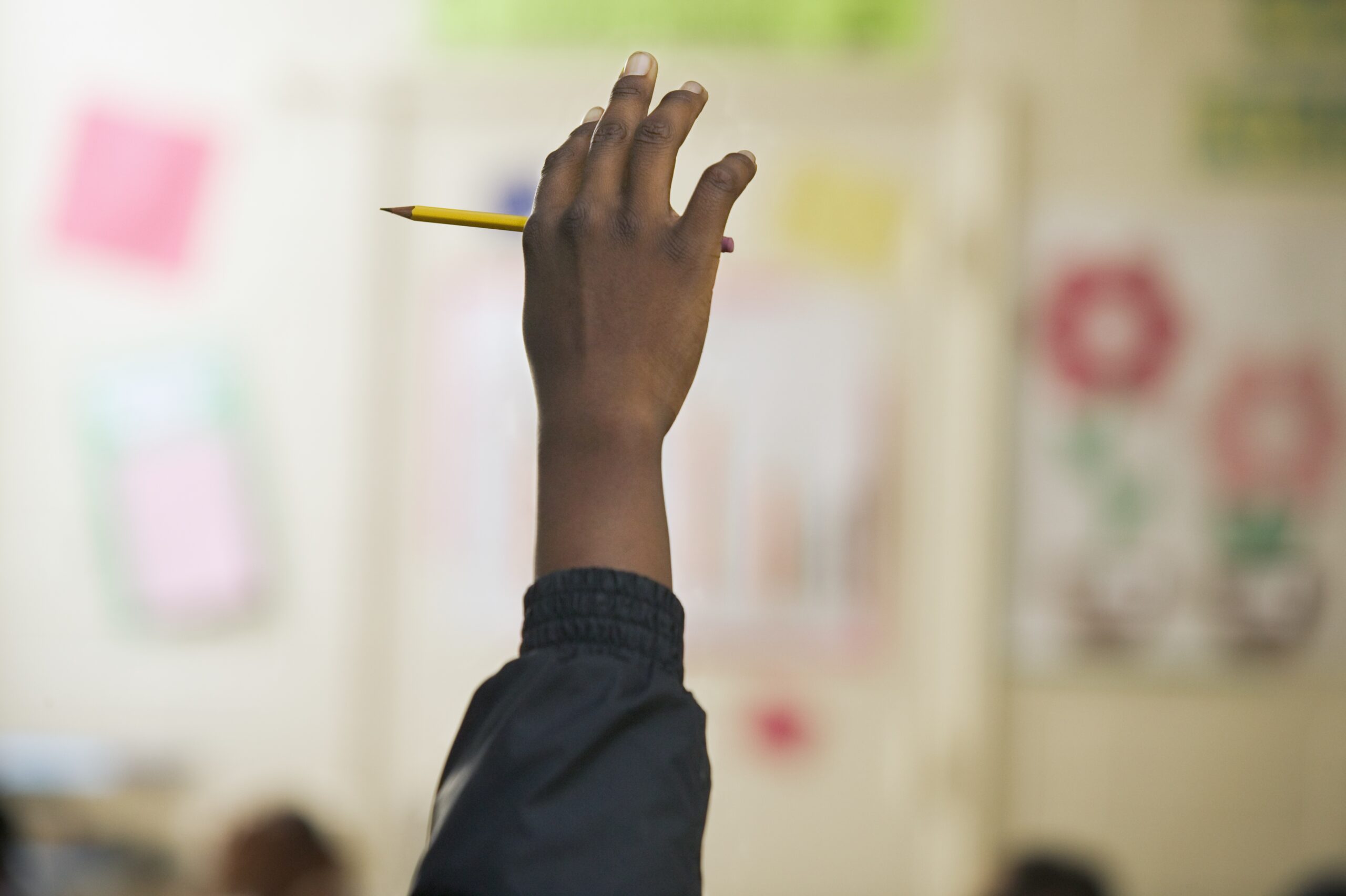 On Wednesday, January 19, delegates from the Wisconsin Association of School Boards (WASB) considered leaving the National School Board Association (NSBA). In the end, the delegates decided to leave the decision to its board of directors. In the meantime, the WASB will continue to be a member of the NSBA.

School board associations in 19 states have already left NSBA jeopardizing the future of this national association. The actions of these associations stem directly from a September 19 letter from the NSBA sent to the Biden administration requesting the assistance of federal law enforcement to quell violence and threats against school board members across the country. country. The letter said the actions of some protesters “could amount to a form of domestic terrorism and hate crime.”

State Associations denounced the NSBA letter stating that most protesters at local school board meetings were simply parents and concerned citizens exercising their constitutional right to have their voices heard. What bothered many state organizations even more was that they believed local law enforcement could handle situations and that the FBI and other federal agencies did not need to be involved. It all came down to local control.

The WASB also denounced the NSBA letter in a press release titled “Citizen Engagement is the Foundation of Democracy.” On November 9, the WASB suspended all involvement with the NSBA. The WASB could not formally withdraw from the NSBA due to a standing resolution requiring NSBA membership. If the WASB wanted to leave, it had to override the existing resolution at its annual meeting of delegates. He reviewed this at the January 19 meeting.

What the resolution says

Before the delegates was a resolution recommended by its board of directors:

Although many media cite Wisconsin as one of the states withdrawing from the NSBA, the resolution introduced today only gave its board the power to consider such action. In fact, the resolution emphasized the need for active involvement at the national level, even encouraging involvement in a national association, perhaps even maintaining membership in the NSBA.

Delegates have their say

At 1:30 p.m. on January 19, more than 150 delegates gathered in a ballroom at the Wisconsin Center in Milwaukee. Another 100 delegates participated online, one delegate from each school district in the state. Ten resolutions were presented, but all eyes were on Resolution 8 and the two companion resolutions that gave his board the power to determine its relationship with the NSBA. Delegates spoke from microphones on the floor and remotely via Zoom.

Joanie Beem, a delegate from the Omro School District, questioned the wording of the resolution. “The National School Board Association has decided to go rogue… But what does that mean it won’t happen with another national board?” She called for an amendment to replace “shall” with “may” in the resolution. This meant that there would be no requirement to have a national presence or involvement.

Shawno’s Michael Sleeper replied, “The ‘will’ has to be there because we in Wisconsin need national representation… We need national presence; It’s not an option.”

Allen Tuchtenhagen of River Falls offered another reason. “I trust [WASB Executive Director] Jeans [Ashley] and the board in the way it was designed… Putting “may” in the resolution sends a message of lack of trust.

The amendment was quickly rejected.

Across the country, other state associations wrote scathing denunciations of the NSBA as they left the national association. There was none of that at the Wisconsin delegate assembly. In fact, one delegate said he wanted no change and that the WASB would maintain its membership in the NSBA. According to Brian Kammers of Pewaukee, “We can all agree that the NSBA did not follow its own procedures, made mistakes, but we also need a national presence at the federal level to communicate to our national legislators our concerns about public education. And it may be good to say that we could use another national organization, but there is no other national organization with the size or the influence of the NSBA.

Brett Hyde, from Muskego-Norway and WASB Board Member, explained the rationale behind this resolution. “We feel the need to be agile. We don’t know which way the NSBA is heading… We’re not saying we’re stepping down; we say that we need agility to have a little more weight, and maybe in the future, to withdraw.

Delegates showed overwhelming support for the resolution: 249 yes, 20 no.

The result of the vote was never in doubt. The strongest message was in the delegates’ discussion. First, delegates showed overwhelming confidence in the leadership of WASB. A vote for the resolution was a vote affirming that confidence. Second, delegates recognized the need for a national presence. While some state associations don’t want to have much to do with the federal government, school boards in Wisconsin still seek federal guidance and financial support.

Get morning headlines delivered to your inbox

Wisconsin delegates seemed to view the recent letter from the NSBA as an unfortunate faux pas. What delegates are less aware of is that state leaders here and across the country viewed the actions of the NSBA as the tip of an iceberg. Beneath the surface lie years of allegations of mismanagement and financial problems. These concerns are well outlined at state council meetings as well as offhand remarks at national conventions over the years.

The NSBA has a lot of work to do to bring state associations back into the fold. Since most state dues are paid to the NSBA on an academic year basis, the national organization should have enough money to operate through August. After that, all bets are off.

Unlike the rest of the state, Milwaukee Public Schools (MPS) has a national lobbying alternative, the Council of Great City Schools (CGCS). For a district to be a member, it must have a community population of 250,000 and 35,000 students. Only Milwaukee meets these qualifications in Wisconsin. Madison has a population of 270,000 within its borders, but misses the mark on students with just 25,000. CGCS has 75 districts and continues to add new members.

“We have a strong relationship with the Council of Great City Schools,” says MPS Legislative Policy Manager Chris Thiel. But he quickly adds, “It’s important that the National School Board Association be a strong partner fighting on behalf of public schools.

If the NSBA is weakened, urban school districts might be more likely to turn to the CGCS for federal lobbying efforts. But overall lobbying will be reduced. As an MPS employee, Theil heard NSBA support from suburban school board members and WASB retirees when he attended the education convention. This support was confirmed as he watched the discussion at the WASB Delegates Assembly.

Using almost the same words as Thiel, MPS school superintendent Keith Posley says, “The more people we have advocating for students, the better off we are, whether it’s the National School Board Association or the Council. of Great City Schools. ”

From January 23 to 25. NSBA holds its annual Advocacy Institute in Washington, DC.

The Institute gives presentations on the first day to inform state officials of its key legislative goals for the coming year. Representatives from each state learn what those talking points are, then fan out across Capitol Hill to engage with their elected representatives. This year, no WASB delegation will be there.

Wisconsin delegates have met directly with U.S. Senators Tammy Baldwin and Ron Johnson in previous years. It was a measure of the influence of the national organization that the senators themselves met with the delegates instead of leaving the meeting to their staff.

But this year, the NSBA is weakened and may struggle to present a unified message to elected officials.

A delegate to the Wisconsin Assembly of Delegates raised the question of whether it even makes sense to have unity just for unity’s sake. Said Allen Tuchtenhagen of River Falls, “The only thing worse than having no representation is having representation that doesn’t represent us.”

Still, Thiel is worried. “If you are going to divide yourselves into individual states, your power is diminished.”